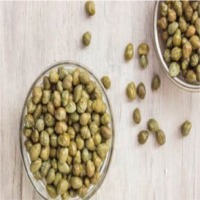 Capers are one of those ingredients you see a lot but may not fully understand.hey're commonplace across many cuisines

The flower buds, semi mature fruits and young shoots with small leaves are pickled for use as a spice. It gives flavour, aroma and saltiness to Pasta sauces, pizza, fish, meats and salads. It is reduces flatulence and anti-rheumatic. It helps to improve liver function and used against arteriosclerosis, as diuretic, vermifuges and tonics. It has anti-oxidant property. Caper extracts and pulp are used in cosmetics.

Supplier Of Other Type Of Spices

Scientifically known as Capparis Sandwichiana, pickled capparies grows in tropical and subtropical regions. A flowering plant whose fruit is used for pickling

Scientifically known as Capparis Sandwichiana, pickled capparies grows in tropical and subtropical regions. A flowering plant whose fruit is used for pickling.

The caper of Pantelleria is an excellent natural remedy to facial pigmentation problems. It helps attenuate skin stains and diminish freckles. The Sicilian blood orange, with its high levels of minerals and vitamin C, hinders the production of melanin and it is a powerful antioxidant. 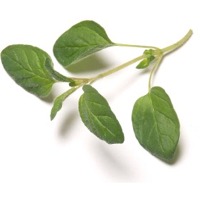 Oregano - scientifically named Origanum vulgare by Carolus Linnaeus – is a common species of Origanum, a genus of the mint family (Lamiaceae). It is native to warm-temperate western and south western Eurasia and the Mediterranean region. Oregano is a perennial herb, growing from 20–80 cm tall, with opposite leaves 1- 4 cm long. The flowers are purple, 3–4 mm long, produced in erect spikes. It is sometimes called Wild Marjoram, and its close relative O. majoramum is then known as "Sweet Marjoram". Uses Culinary Dried oregano for culinary use. Oregano growing in a field. Oregano is an important culinary herb. It is particularly widely used in Turkish, Greek, Portuguese, Spanish, Latin American, and Italian cuisine. It is the leaves that are used in cooking, and the dried herb is often more flavourful than the fresh. [2] Oregano [3] is often used in tomato sauces, fried vegetables, and grilled meat. Together with basil, it contributes much to the distinctive character of many Italian dishes. It is commonly used by local chefs in southern Philippines when boiling carabao or cow meat to eliminate the odor of the meat, and to add a nice, spicy flavor. Oregano combines nicely with pickled olives, capers, and lovage leaves. Unlike most Italian herbs, [citation needed] oregano works with hot and spicy food, which is popular in southern Italy. Oregano is an indispensable ingredient in Greek cuisine. Oregano adds flavor to Greek salad and is usually added to the lemon-olive oil sauce that accompanies many fish or meat barbecues and some casseroles. In Turkish Cuisine, oregano is mostly used for flavoring meat, especially for mutton and lamb. In barbecue and kebab restaurants, it can be usually found on table, together with paprika, salt and pepper. Oregano growing in a pot. It has an aromatic, warm and slightly bitter taste. It varies in intensity; good quality oregano is so strong that it almost numbs the tongue, but the cultivars adapted to colder climates have often unsatisfactory flavor. The influence of climate, season and soil on the composition of the essential oil is greater than the difference between the various species. The related species Origanum onites (Greece, Turkey) and O. heracleoticum (Italy, Balkan Peninsula, West Asia) have similar flavors. A closely related plant is marjoram from Turkey, which, however, differs significantly in taste, because phenolic compounds are missing in its essential oil. Some breeds show a flavor intermediate between oregano and marjoram.