Clear All Selection
Browse barley suppliers by country and region. 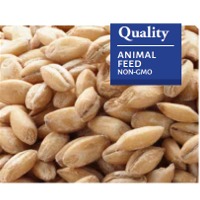 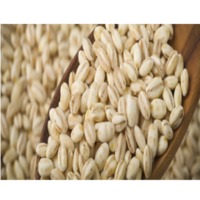 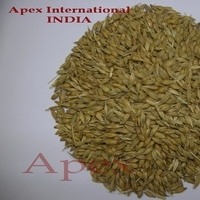 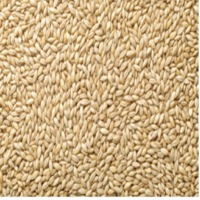 Barley is Australia second largest crop, grown throughout all grain production areas and is renowned for being high quality to grow. Annually Australia produces an average of 2.5mmt of malting barley and 4.5mmts of feed barley. 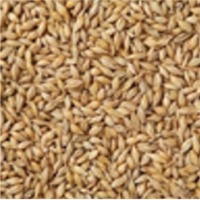 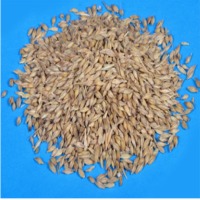 Barley Barley, Hordeum vulgare, is an edible annual grass in the family Poaceae grown as a cereal grain crop. It is a tall grass with a hairy stem which stands erect and produces spikelets at the head. Each barley seed is enclosed in a strong outer covering (hull), which remains intact even during threshing. Barley is primarily a cereal grain popularly known as jau in India. It is the fourth most important cereal crop after rice, wheat and maize. Uses: Barley is used for human consumption and in making of bread, alone or mixed with other cereals. The straw produced is used as an animal feed, bedding and to cover roofs of houses. In temperate regions, barley is used in malt production to brew beer and make other distilled alcoholic beverages, particularly in beer and whisky production. The plant of barley or its grain are used as medicinal plants for the treatment of the cholesterol, diabetes, belly pain, diarrhea, etc. SPECIFICATIONS OF BARLEY PARAMETER SPECIFICATION MOISTURE 12% MAX IMPURITY 1% MAX DAMAGE 2% MAX PURITY 97% MAX Moisture: 12% max Foreign Material: 2% max Damaged grain including discolored :4% max, Wild oats :1% max Test Weight: 62.5kg/hl Protein : 9% min Aflatoxin : Less Than 20ppb Free from Live insect 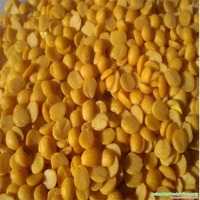 A very high fiber content, vitamins and minerals, antioxidants, heart health and diabetes protection are just some of the barley nutrition benefits that make it one of the best whole grain choices. Barley is actually one of the oldest consumed grains in the world. 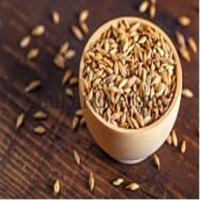 Barley is a major cereal grain, commonly found in bread, beverages, and various cuisines of every culture. It was one of the first cultivated grains in history and, to this day, remains one of the most widely used grain. The most important thing to know about barley is that it comes in two basic forms: hulled and pearl. Hulled barley has had the tough, inedible outermost hull removed but still retains its bran and endosperm layer. It is the most nutritious of the two and can be considered a whole grain. A light golden brown in color, it’s the nuttier and chewier version as well. Pearl barley has been polished to remove the bran and possibly even the endosperm layers, resulting in a pale, creamy-colored grain. It is less chewy and cooks faster than the hulled variety, but has less fiber, is less nutritious, and is not considered a whole grain. Major barely exporting ports of india are MUNDRA, PIPAVAV KANDLA Type Dried Style : Natural Cultivation Type : Organic Color : Brown Drying Process : Sun Dry Place Of Origin : India Grade : Superior 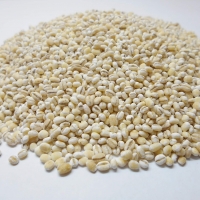 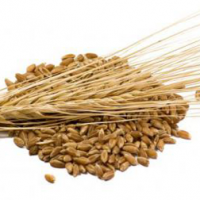 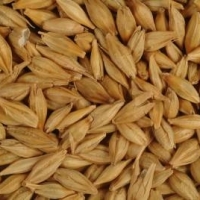 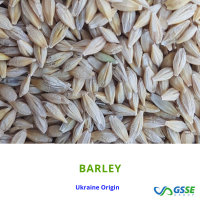 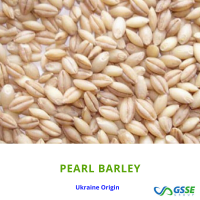 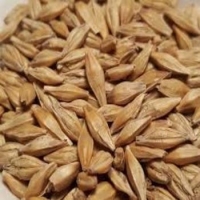 Barley is a cereal grain, scientifically known as Hordeum vulgare, belonging to the family Poaceae and sub family Pooideae. Barley is believed have originated in Ethiopia. Barley is considered as the fourth most important crop in the world. It is a grass crop which grows to a height of 60 to 120 centimeters at the time of maturity. Barley is used in beverages and beer. Almost all weather conditions are suitable for Barley cultivation, but because of its sensible nature, the crop can get destroyed in any stage. Global production of Barley is about 138 million tons. The leading Barley consuming countries are European Union, Russia, Canada, Turkey, Saudi Arabia, China, Ukraine and United States of America. The trade figures of Barley are much less as compared to its production; it is only about 16 million tons. This is because the domestic consumption of Barley is much higher in the major producing countries. In the ancient times, Barley was used as animal feed because it was wild grass. And with time, the domestic uses of Barley were found and people started cultivating the crop. Although it is a drought resistant crop, it needs rich fertile soil condition and good irrigation to get better yield. Origins: kazakhstan,ukraine,russia,ukraine ,india,malaysia

Hello Dear Buyer' Our company: Sni-Commerce-1 can offer you at the moment 40 000/MT of Barley Malt The delivery can be made with container or by ships . Please reply us with the quantity that you need and the destination to give you our best offer .