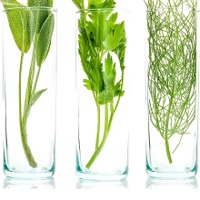 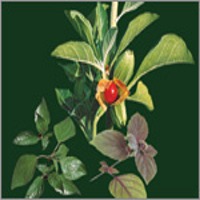 A concentrated oil containing aromatic compounds from a plant. Essential oils are responsible for the scent of the plant and are most often found in the flowers and leaves.Essential oils are used in aromatherapy, massage therapy and in other alternative therapies and can also be found in products such as soaps, lotions, bath salts and candles.

We provide/supply material with all the certification required for the product such as coa and moa. Minimum 1 kg pack size

Herbal extracts Our products are well sale more than 30 countries throughout the world. Kg, power and pills

Herbal extract Many kinds of herbal and plant extract 25kg/drum

Herbal extract Many kinds of herbal and plant extract 25kg/drum 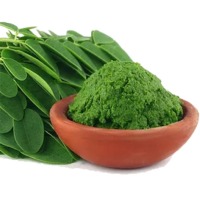 Organic Moringa leaf powder is used in a wide range of products from the dietary supplements, energy drink, and food industry to the smooth mixes. The leaf powder is rich in vitamins, phyto nutrients, antioxidants, amino acids and is easily soluble in water. Specialties Green, natural with aroma No additives and NON GMO Rich in vitamins, phyto nutrients, antioxidants, amino acids Fine micro finedpowder starting from 40 Mesh size upto 200 mesh Germ free technology Easily soluble in water and convenient to add in any formulations Sterile packing Benefits Lowers Blood Pressure Acts as a Sleep Aid - For a good night?s rest. Boost Energy - A single serving of moringa has almost all nutrition. High in Fiber - Moringa is high in fiber, Also a key component in maintaining a healthy cardiovascular system. Controls Diabetes - It is extremely beneficial for diabetic patients. MoringaOliefera capsules or a drink made from moringa powder can be consumed for keeping the level of sugar normal. Anti-Oxidant - Moringa powder is rich in catechin polyphenols, particularly epigallocatechingallate (EGCG) that is a powerful antioxidant. Detoxifies - It is often used to purify water due to its detoxifying effects. Being a coagulant agent, it can attach itself to hazardous bacteria and other agents. Improves Immunity Delays Ageing Process - It is an excellent source of antioxidants with high contents of vitamin A, vitamin C, vitamin E and bioflavonoids. Active oxygen radicals cause skin diseases by stealing electrons from normal healthy biological molecules. These nutrients help to block the oxidation of healthy tissue by active oxygen, thus delaying the aging process and lowering the appearance of fine lines and wrinkles. Aids In Keratin Formation - Certain vitamins, minerals and amino acids contained in moringa powder support the metabolic pathways involved in the formation of keratin protein, which is vital for healthy hair. It also contains the amino acid Methionine that supplies sulphur to your hair, thus preventing hair loss. Stimulates Hair Growth - Moringa leaf powder also contains zinc, which stimulates hair growth by enhancing the immune system. Zinc deficiency can result in atrophy of hair follicles due to impairment of DNA and protein synthesis. 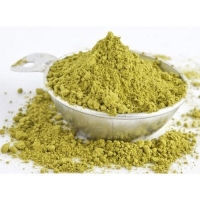 Common Name:-Periploca of the woods / Gudmar Botanical Name and family Botanical Name:- Gymnema Sylvestre Family:- Apocynaceae Geological distribution of Gurmar (Gudmar):- The plant Gurmar is native to India. In India, it is found in Karnataka, Kerala, Bihar, and Bengal, Punjab, Haryana, Tamil Nadu, Andhra Pradesh, Punjab, Maharashtra, Madhya Pradesh, Uttar Pradesh. In Chhattisgarh, it is found in isolated places. Some other countries like Norway, Sweden, Denmark, Holland and Arab have also known the use of Gurmar for centuries. The plant is also grown in Africa. In the tropical and sub-tropical regions, the plant grows in agro-climatic conditions. Medicinal value of Gurmar:- There are several bioactive constituents present in Gurmar (Gudmar). They are gymnemic acid, flavones anthraquinones, Physics, resins and so on. The anti-sweet activity of the plant remains to 2 hours of use. The chemical components promote the plant to be used in various ways. Though India is becoming the diabetic capital of the world, here is the hope, Gurmar.