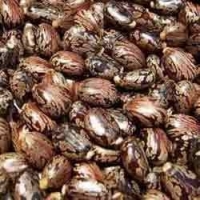 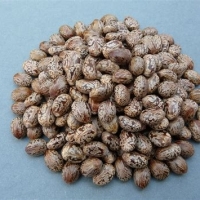 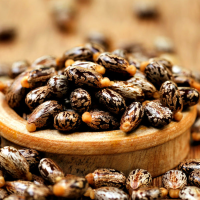 Castor Seeds Ricinus communis, the castor oil plant Ã¢?? is a species of flowering plant in the spurge family, Euphorbiaceae. It is the sole species in themonotypic genus, Ricinus, and subtribe, Ricininae. The evolution of castor and its relation to other species are currently being studied using modern genetic tools. It reproduces with a mixed pollination system which favor selfing by geitonogamy but at the same time can be an out-crosser by anemophily or entomophily. Its seed is the castor bean, which, despite its name, is not a true bean. Castor is indigenous to the southeastern Mediterranean Basin, Eastern Africa, and India, but is well-known throughout tropical regions (and widely grown elsewhere as an ornamental plant). Castor seed is the source of castor oil, which has a wide variety of uses. The seeds contain between 40% and 60% oil that is rich intriglycerides, mainly ricinolein. The seed also contains ricin, a water-soluble toxin, which is also present in lower concentrations throughout the plant. Ricin is one of the most poisonous naturally occuring substances known in castor seeds. The seeds from the castor bean plant, Ricinus communis, are poisonous to people, animals and insects. Castor oil is a vegetable oil obtained by pressing the seeds of theCastor plant (Ricinus communis). The common name Ã¢??castor oilÃ¢??, from which the plant gets its name, probably comes from its use as a replacement for castoreum, a perfume base made from the dried perineal glands of the beaver (castor in Latin). Though castor plant or castor oil is not a food, yet it is one of the most commonly used oils allover the world as a safe purgative and drug for reducing irritation of the skin and alleviating swelling and pain. The castor seed plant contains alkoloid ricinine and toxalbumine ricin. They yield a fixed oil which is used mainly for medicinal purposes. 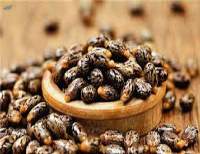 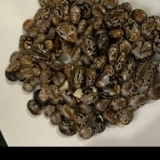 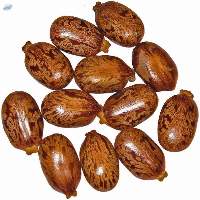 Castor seeds or Ricinuscommunis is known across the world for its non-edible oilseed. Castor plant originated in the tropical belt of Africa and India. India being the biggest exporter of castor seeds for commercial purposes contributes to approximately 70% of total castor seeds exported across the world. Castor seeds are of great value to various industries such as cosmetics, surface coatings, toiletries, pharmaceuticals, perfumes, soaps, lubricant and medicines. Castor oil and its derivates may be used in either crude form or refine hydrogenated form. The pricing of castor seeds supplied by us depends on international markets as the demand is fluctuating because of castor becoming important source for bio-fuel industry. Castor seeds supplied and exported by Keshavam International are of special grade and can be further processes to manufacture derivatives of castor seeds. We procure fine quality castor seeds from the farms in Gujarat, Andhra Pradesh and Rajasthan. Gujarat alone accounts for 86% production of castor seeds. Castor is mainly cultivated in Mehsana, Banaskantha, Sabarkantha, Gandhinagar, Ahmedabad and Saurashtra/Kutch regions of Gujarat and Nalgonda, Mehboobnagar, Prakasam, Guntur and Ranga Reddy in Andhra Pradesh. Total area for castor production in India was estimated to be around 7.87 lakh hectare in 2008-09. The Solvent Extractors Association of India predicts a good yield of castor seeds as per the acreage data. Keshavam International supplies to all states in domestic market and exports castor seeds to European Union, US and Japan markets.

Castor seed is the source of castor oil, which has a wide variety of uses. The seeds contain between 40% and 60% oil that is rich in triglycerides, mainly ricinolein. The seed contains ricin, a toxin, which is also present in lower concentrations throughout the plant. Castor Seed Detail: Parameters Results Fiber : 16% Min Nitrogen : 4% Protein : 29% Min Oil Content : 47% Min Phosphorus : 1% Moisture : 8% Max

Nil As desired by buyer

A Grade, High Quality, Castor seed is the source of castor oil, which has a wide variety of uses. The seeds contain between 40% and 60% oil that is rich in triglycerides, mainly ricinolein. The seed also contains ricin, a water-soluble toxin, which is also present in lower concentrations throughout the plant.

We have 100MT Castor seed Origin India. we want to sale it on any country our FOB India rate is $1400/MT we would like to supply at any contry pls. let us know your requirements

Castor seeds grown in different localities in Ethiopia . the suitable condition for castor seed growing zone is between 1600 and 2600 m.a.s.l. the rain fall distribution between 600 and 700mm with a warm and dry climatic condition .