Clear All Selection
Browse lavender suppliers by country and region. 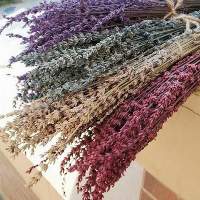 Botanical Name - Lavendula Category - Aromatic Form - Dry Part Used - FLower General Information - "Lavandula (common name lavender) is a genus of 47 known species of flowering plants in the mint family, Lamiaceae. It is native to the Old World and is found in Cape Verde and the Canary Islands, and from Europe across to northern and eastern Africa, the Mediterranean, southwest Asia to southeast India. Many members of the genus are cultivated extensively in temperate climates as ornamental plants for garden and landscape use, for use as culinary herbs, and also commercially for the extraction of essential oils. The most widely cultivated species, Lavandula angustifolia, is often referred to as lavender, and there is a color named for the shade of the flowers of this species. Despite its use over centuries in traditional medicine and cosmetics, there is no high-quality clinical evidence that lavender has any effects on diseases or improves health." Phytochemicals - Some 100 individual phytochemicals have been extracted from lavender oil, including major contents of linalyl acetate (30-55%), linalool (20-35%), tannins (5-10%), and caryophyllene (8%), with lesser amounts of sesquiterpenoids, perillyl alcohols, esters, oxides, ketones, cineole, camphor, beta-ocimene, limonene, caproic acid, and caryophyllene oxide. The relative amounts of these compounds vary considerably among lavender species. 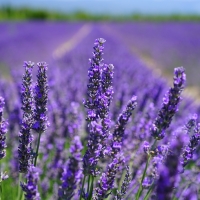 Lavender essential oil available both in bulk and small quantities according to request. Maximum camphor less than 0.20%. Top quality, pharmaceutical grade. Scientific name: Lavandula Angustifolia, clear yellow color, powerful sweet fragrance, steam distilled, every batch produced from a single plant clone cultivated in over 500m altitude, organic 100% pure natural product with therapeutic grade. Price depends on quantity, oil analysis and samples available after request. Every step of the process from plantation to harvest is closely monitored by field expert scientists ensuring that all of our production meets all international quality standards and regulations. Our distillation mills are equipped with the latest technology ensuring top quality in every drop. All of our essential oils are maintained in special conditions in a controlled environment where experienced personnel constantly monitor the temperature and humidity of the storage. Every production is made from a single plant clone and has a specific batch number assigned to it for optimal monitoring. At the center of our activities is our love for nature and natural products, which guides us to handle everything with care to our planet, offering our clients pure and Eco friendly products. Our farms and distillation mills are located in Greece and Bulgaria while our sales and management headquarters are based in South Australia. By choosing us you will enjoy worldwide shipping, great customer service and environmental friendly top quality natural products. We value every one of our customers individually ensuring personal contact with every interaction and are proud that all of our clients that started working with us stayed with us forming a long lasting relationship. We provide every service related to essential oils from 5ml to 1000kg, shipping anywhere in the world, offering private labeling and bulk sales. Only UN approved packaging is used for our products ensuring top quality and safety and every step of the process is done by the book. 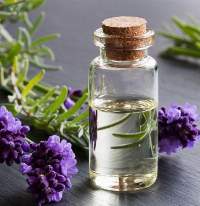 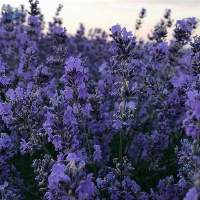 Scientific name: Lavandula Angustifolia, clear yellow color, powerful sweet fragrance, steam distilled, plants cultivated in over 60 hectares, organic 100% pure natural product with therapeutic grade. Price depends on quantity. Every step of the process from plantation to harvest is closely monitored by field expert scientists ensuring that all of our production meets all international quality standards and regulations. All of our essential oils are maintained in special conditions and all our oil is stored in stainless steel barrels. Every production is made from a single plant clone and has a specific batch number assigned to it for optimal monitoring. Our activities is our love for nature and natural products, offering our clients pure and eco friendly products. Our farm and distillation mills are located in Moldova. We value every one of our customers individually ensuring personal contact with every interaction and are proud that all of our clients that started working with us stayed with us forming a long lasting relationship ----------------------------- -Linalylacetate - 33.88 -Lavandulylacetate - 3.42 -Linalool - 32.90 ------------------------------ 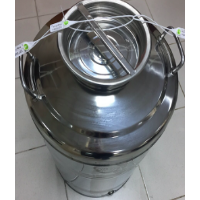 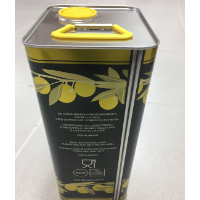 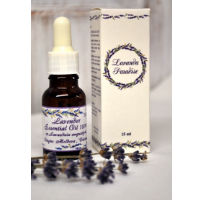 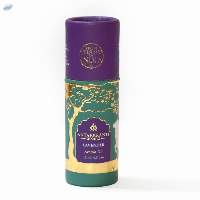 Rs. 575.00 Ayurveda, the ancient Indian medical system, is the oldest & most well recorded ancient medical systems in the world. As noted in the Rig Veda, written in 4500 BC, in ancient India aromatherapy existed in correlation with Ayurveda. Aroma and essential oils derived from aromatic plants & plant parts for treatment & cure made a major section of Ayurvedic treatments according to the foundational texts of Ayurveda, Charaka Samhita & Sushruta Samhita. Antarkranti Aroma Oils are inspired by Ayurveda and are designed for a soothing, relaxing and rejuvenating effect. Concentrated Aroma Oil inspired by Aromatherapy Antimicrobial and aromatizing Comes in a beautiful glass bottle with a convenient dropper. Packed in an aesthetically designed outer box Evaporates and diffuses slowly fragrances remains in the surrounding for a longer time. This product provides sustainable and dignified livelihoods to incarcerated and released prisoners. Net Qty: 15 ml 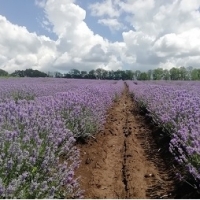 We offer lavender oil from our fields, obtained by steam distillation. The oil is clean, without impurities. Lavender oil has a calming and bactericidal effect, is used in medicine and cosmetics: for insect bites, as an antiseptic, for eczema, problematic and acne-prone skin, dandruff and others. In cosmetics for making creams and perfumes, skin cleansing waters, etc. In the household industry as an additive to detergents and cleaners. Product Description - We are a family farm and offer lavender oil from the most fertile region of Bulgaria. Every process from planting to the last drop of lavender oil has passed through our hands. We grow our lavender with a lot of work and love. Our oil is 100% often from impurities. Price of product ( USD price or FOB price) - The price is negotiable and depending on the quantity. Origin Bulgaria. Product origin - Origin Bulgaria, Dobrich region. Key Specifications/Special Features - 1. Natural lavender oil has strong therapeutic properties. 2. The soothing scent of lavender essential oil will not only help you with respiratory infections such as coughs, colds, flu and sore throats, but will also stimulate the nervous system and relax you, promoting restful sleep. Inhaling lavender essential oil will help excrete phlegm that clogs the airways, while antiviral and antibacterial properties will help fight infection. This healing essential oil stimulates the immune system and protects you from further complications. Put a few drops of lavender in the bath and enjoy a soothing relaxation. 3. For calm and relaxation 4. For sleep problems 3. In case of light burns 5.In case of bee stings or insect bites 6. When cutting For the treatment and treatment of eczema / dermatitis 7. Against nausea or seasickness 8. To soften dry or cracked skin 9. For prevention and treatment of hay fever 10. Against dandruff Minimum Order Size and Packaging details - Lavender oil 100% free of impurities. Country of origin: Bulgaria, Dobrich region. Manner, term of delivery and payment by agreement. Packs of 180 kg. barrels Minimum quantity 180 kg / 1 barrel / 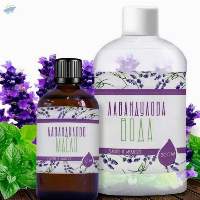 We produce high quality lavender essential oil. Linalool acetate content 30. We offer retail packages of 100 ml, as well as wholesale. We have 3000 kilograms of lavender oil.

We are a family farm and offer lavender oil from the most fertile region of Moldova. We grow our lavender with a lot of work and love. Our oil is 100% often from impurities. The price is negotiable and depending on the quantity.

Lavender essential oil is one of the most popular and versatile essential oils used in aromatherapy. Distilled from the plant Lavandula angustifolia, the oil promotes relaxation and believed to treat anxiety, fungal infections, allergies, depression, insomnia, eczema, nausea, and menstrual cramps.

Lavender flowers are known to represent purity, silence, devotion serenity, grace and calmness. Purple is the colour of royalty and speaks of elegance, refinement and luxury.

Lavender Seedling: We produce seedlings from cuts of our lavender varieties. The maximum amount we can produce in one year can range from 250 to 300 thousand.

My name is Georgi Kurtev, My field is located next to the border of Nature reservation Srebarna, which is in Nature 2000. The area is ecologically preserved, far from factories and vehicles roads. The land hasn't been used for agricultural cultures and it's surrounded by natural environment of bushes and grass. In the morning the tufts are wet from the humidity of Danube river and later absorbing sunlight. Lavender oil is a compound of over 200 components. Lynalil acetate, linalool, terpinen-4-ol, 1,8-cineole, lavandulol, lavandulol acetate, camphor, cis-Ã??-ocimen and trans-Ã??-ocimen by BDS ISO 3515-2005 are reckoned the main and defining the character and smell of the lavender oil. The most important step, defining the quality of the lavender oil, is lynalil acetate. Its high content indicates good quality. In the suggested oil, the lynalil acetate is in its norm. Lavender oil is extracted in its own distillery via steam distillation, and the chemical composition of the oil is defined by gas chromatograph at an authorized lab. The method for the testing is BDS ISO 7609. The closed cycle of production provides repetition and stability of the results. We send the Product regular in laboratories to check the quality. I sell the Product in Europe for 120 $ each kilo. The transport costs are included.