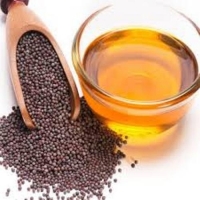 The crude mustard oil is dark brown in colour with a pungent odor. Refined mustard oil is used mainly for cooking as it is slightly more viscous and has a lower saponification value and a higher refractive index compared to other vegetable oils. Mustard Oil is obtained using cold press method which means the oil is extracted from the seeds by pressing the seeds at normal temperatures till they spill out oil. 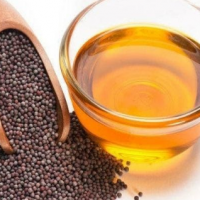 Product Details Product Description Our reputation in the market is largely attributable to our precisely processed Virgin Mustard Oil. This virgin mustard oil is processed with the aid of optimum grade mustard seeds and leading edge technology in accordance with market standards. Along with that, the provided virgin mustard oil is packed in safe and hygienic packaging options to offered safe transit to our customers at nominal rates. 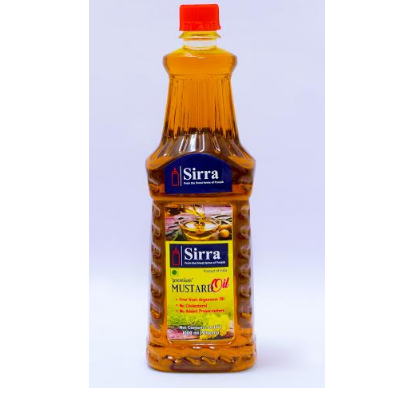 . Name of the product - Premium Mustard Oil b. Price of the product - FOB - INR 140/liter c. Product origin - India d. Key Specifications/Special Features We have entered into the business of mustard oil this year and our mustard oil is originated from the finest mustard seeds brought specially from Punjab, a Northern state, and Rajasthan, a western state in India that is known for its quality all over the world. Our oil can be used for external as well as cooking purposes because at Sirra Foods we believe quality must be seen as paramount especially when it comes to lifestyle and food. Our Oil is free from Argemone Oil, additives, and colors. Please note Argemone Oil is usually mixed in most of the mustard oil, which reduces the cost of production, however, reduces the quality of the oil. But such kinds of practices are completely renounced at Sirra Foods. Amazing Fact: The brands which are currently running in the market provide mustard oil of the same color which is yellow or dark brown throughout the whole year. Apparently, in the beginning, when the mustard seeds have harvested the color of the oil is green. The above proves that there is a color added to the oil to maintain a generic color. The same won't be executed in our oil as such practices are completely renounced at Sirra Foods. e. Harmonization System (HS) Code: 15149990, 15149920, 15149120 f. Minimum Order Size: One twenty feet FCL, which is equivalent to 20 - 22 tonnes (depending on the packaging) g. Packaging detail: We are flexible in terms of packaging. We have 500 ml, 1 liter, and 5-liter packaging. Also, we can provide oil in the flexitank as per the importer's choice. 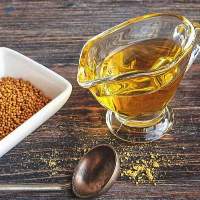 Contains omega-3 (up to 12%) and omega-6 (up to 19%), eicosanoic acid (up to 14%), erucic acid (up to 50%), oleic acid (up to 30%). Contains vitamin complex: group B vitamins, vitamins E, K, D, A, P. Helps to stay away from coronary heart diseases It can be used as an antibacterial oil Helps to detoxify human body Helps to reduce hair fall through improved blood circulation if it is massaged on scalp Stimulates digestion, circulation and excretory system It can be used as an irritant for stimulating sensation in senseless organs and muscles. Irritants are also useful for driving up muscles. Helps preventing fungal growth, thus it can be used as anti-fungal Helps in winter for making body warm and 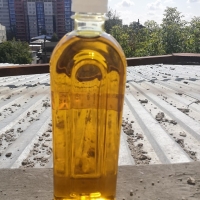 Contains omega-3 (up to 12%) and omega-6 (up to 19%), eicosanoic acid (up to 14%), erucic acid (up to 50%), oleic acid (up to 30%). Contains vitamin complex: group B vitamins, vitamins E, K, D, A, P. Helps to stay away from coronary heart diseases It can be used as an antibacterial oil Helps to detoxify human body Helps to reduce hair fall through improved blood circulation if it is massaged on scalp Stimulates digestion, circulation and excretory system It can be used as an irritant for stimulating sensation in senseless organs and muscles. Irritants are also useful for driving up muscles. Helps preventing fungal growth, thus it can be used as anti-fungal Helps in winter for making body warm and

JAF Cold pressed mustard oil is used as a food additive, a cure for many ailments and is also an aphrodisiac. It is made from pressing mustard seeds in cold press machine. The pressure exerted by the machine extracts the oil from seeds. The oil extracted is 100% pure, natural and contains natural fibers of mustard. No bleach or chemicals have been added to this product. Cold Pressed Mustard oil contains rich amounts of monounsaturated and polyunsaturated fatty acids as well as omega-3 and omega-6 fatty acids. Mustard Oil Benefits: Decreases the risk of cardiovascular disease Improves the condition of your skin Aids in the growth and shine of your hair Reduces joint pain, aches, and inflammation Counters joint stiffness caused by arthritis Contains antibacterial properties Fights Fungal diseases Cure from asthma and breathing problems Features: Grown, Extracted and Packed in Pakistan 100% Original Oil. Easy to Pour. Mustard Oil Nutrition Facts: Nutrition Facts For a Serving Size of 1 tbsp Calories 130 Calories from Fat 126 (96.9%) % Daily Value * Total Fat 14g - - Saturated fat 1g - - Monounsaturated fat 11g - Polyunsaturated fat 3g - Sodium -- 0% Carbohydrates 0g - Net carbs 0g - - Protein 0g Vitamins and minerals Vitamin A 0Î¼g - 0% Vitamin C 0mg - 0% Calcium 0mg-0% Iron 0mg - 0% Fatty acids - Amino acids * The Percent Daily Values are based on a 2,000 calorie diet, so your values may change depending on your calorie needs. 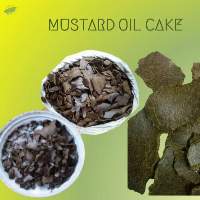 This is most stable oil made on wooden churner .It boosts cardiac health has antibacterial and anti properties and reduce pain associated with inflammation. 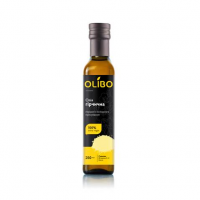 Also Possible for Private Labeling and Wholesale. Mustard oil is distinguished by high content of Vitamin D (1.5 times more than in sunflower oil) which increases immunity, improves thyroid gland work and prevents risk of a number of cardiovascular diseases. Vitamin E and vitamin A are favourable for metabolic processes in organism; they improve skin and hair state. Mask based on mustard oil stimulates hair growth and strengthens it. Mustard oil has a wonderful smell and spicy, slightly astringent taste. It perfectly passes for salad dressing, fish, meat, and vegetable dishes, and it can be used in bakery. 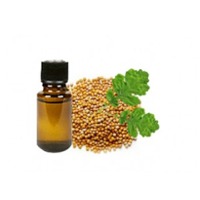 Supplier Of Other Edible Oils

India is the fourth largest oilseed producing country in the world and mustard seed is having major percentage of this. The crude mustard oil is dark brown in colour with a pungent odor. Refined mustard oil is used mainly for cooking as it is slightly more viscous and has a lower saponification value and a higher refractive index compared to other vegetable oils. Pakeeza Mustard Oil is of vegetable origin and is obtained from seeds of the black and white (Sinapis alba) mustard plants. In the crude state, black mustard oil (Brassica nigra, light color) has a spicy odor and a strong taste. When refined it is neutral in odor and taste. White mustard oil (yellow color) has a bitingly pungent taste due to the allyl mustard oil it contains. Product Name : Scientific : Sinapis alba, Brassica nigra | English: Mustard oil | French:Huile de moutarde Spanish:Aceite de mostaza | German :Senföl | Indian:Sarson ka Tel Product Description : Mustard oil is the third largest edible oil produced in the world after Soy oil and Palm oil. At a production level of 13-14 million tons, it accounts for about 12% of the total World's edible oil production. It refers to two different types of oil that are made from mustard seeds. These are: 1. Fatty vegetable oil resulting from pressing the seeds. 2. Essential oil resulting from grinding the seeds, mixing them with water and extracting the resulting volatile oil by distillation. Mustard oil, which is known for its pungency, strong flavor & smell, is traditionally the most preferred oil for various culinary & medicinal usages.

As per din cdro Drums or as required by party

We use to make oil with best quality mustard seeds of punjab.And we use old way of making oil out of the seeds.We are in the market of oil since 1978. 1kg, 5kg, 15kg

Nutritional information According to the USDA,[13] 100 grams of mustard oil contains: Energy: 3699 kJ (or 884 kcal) Total lipid (fat): 100.0 g Carbohydrates: 0.0 g Fibers: 0.0 g Protein: 0.0 The fat content comprises (per 100 g)[14]: Fatty acids, total saturated: 11.582 g Fatty acids, total monounsaturated: 59.187 g Fatty acids, total polyunsaturated: 21.230 g Essential oil The pungency of the condiment mustard results when ground mustard seeds are mixed with water, vinegar, or other liquid (or even when chewed). Under these conditions, a chemical reaction between the enzyme myrosinase and a glucosinolate known as sinigrin from the seeds of black mustard (Brassica nigra) or brown Indian mustard (Brassica juncea) produces allyl isothiocyanate. By distillation one can produce a very sharp-tasting essential oil, sometimes called volatile oil of mustard, containing more than 92% allyl isothiocyanate. The pungency of allyl isothiocyanate is due to the activation of the TRPA1 ion channel in sensory neurons. White mustard (Brassica hirta) does not yield allyl isothiocyanate, but a different and milder isothiocyanate.[15] Allyl isothiocyanate serves the plant as a defense against herbivores. Since it is harmful to the plant itself, it is stored in the harmless form of a glucosinolate, separate from the myrosinase enzyme. Once the herbivore chews the plant, the noxious allyl isothiocyanate is produced. Allyl isothiocyanate is also responsible for the pungent taste of horseradish and wasabi. It can be produced synthetically, sometimes known as synthetic mustard oil.[16] Because of the contained allyl isothiocyanate, this type of mustard oil is toxic and irritates the skin and mucous membranes. In very small amounts, it is often used by the food industry for flavoring. In northern Italy, for instance, it is used in the fruit condiment called mostarda. It is also used to repel cats and dogs. It will also denature alcohol, making it unfit for human consumption, thus avoiding the taxes collected on alcoholic beverages.[citation needed] The CAS number of this type of mustard oil is 8007-40-7, and the CAS number of pure allyl isothiocyanate is 57-06-7.

We are Manufacturer of Mustard Oil. WE Use cold Pressed Technic so Our product is 100% pure and Chemical Less.