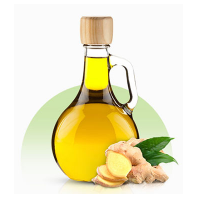 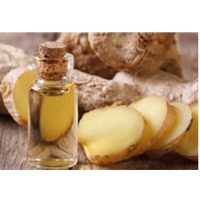 Supplier Of Other Edible Oils 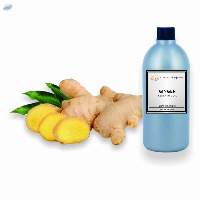 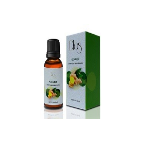 Ginger Essential Oil or Ginger Root Oil is derived from the root of the Zingiber officinale herb, better known as Ginger, which is named after the Greek word Ã¢??zingiberisÃ¢?? meaning Ã¢??horn shaped.Ã¢?? The health benefits of Ginger Oil are the same as that of the herb from which it originates, with the oil even being considered to be more beneficial due to its higher Gingerol content, a constituent that is mostly reputable for its antioxidant and anti-inflammatory properties. With a warm, sweet, woody, and spicy scent that has an energizing effect, especially when used in aromatherapy, Ginger Oil has earned the nickname Ã¢??The Oil of Empowerment for the feeling of confidence that it is known to inspire.

Ginger Oil The Ginger has been valued for thousands of years for its medicinal and beauty properties, it has many benefits are attributed to its anti-inflammatory, digestive, expectorant, antiseptic, carminative, analgesic, and stimulating properties. It's helpful in alleviating various health & beauty problems, such as Stimulating hair growth, Fighting dandruff, repairing any split ends and dry hair problems & reduces the hair loss, treating Hypopigmental (white) scars, Skin toning, Radiant skin , helping with spots and imperfections. Ginger contains powerful antiseptic and cleansing qualities, minimising the rate of spot and acne and anti-aging effects.

Overview Not many people are keen on grating fresh ginger into recipes as it may leave behind some of the stocky substance. Ginger essential oil is therefore a very handy substitute for cooking with ginger. Common Uses Ginger oil can be used in baking such as banana breads, ginger biscuits, fruit pies and so forth. It can also be added to tea with a slice of lemon. The health benefits of ginger essential oil are also plenty. Ginger is known to aid with nausea, sore gut and cramps. It also reliefs the symptoms of bloating and discomfort of the gut. Ginger oil can also be used in a diffuser to create a spicy aroma in the house. Recommended Storage The ideal storage of essential oils is to keep it refrigerated, as the fridge keeps the components that make up the oils at their optimal levels. If you don't have space in the fridge, you can keep it in a cool, dark place. Essential oils have a shelf life of one to five years. You should however replace essential oils after three years to gain the most benefits out of the essential oils

Our expertise in production and trading Cinnamon oil, have helped us to meet different requirements of our clients in Native indian and International market. Cinnamon oil can vary in shade from light yellow to a deeper ruby shade and the viscosity also varies from method to watering. Cinnamon Oil is produced by vapor distillation from the root of the plant. Cinnamon oil is an used for its germ killing, aphrodisiac, natural, catalyst and pick-me-up properties.Owing to our wide experience in this area, we are able to produce, trade and provide best-in-class Cinnamon Oil. We process the oil in conformity with the market set factors and the requirements of our customers. The provided oil is mainly used for the treatment of bone injuries, hangovers, journey, sea illness, the common cold and flu. Our group of certified experts draw out the oil from the ginger using cutting-edge devices. The Cinnamon Oil is loaded in special bins to maintain the fragrance and quality. Uses : Topically, Cinnamon Oil can be useful in combinations and remedies intended to help improve flow. It's a frequent addition to combinations for massage, arthritis and muscle discomfort.When used topically at low dilutions or in a diffuser / extractor, Cinnamon Oil can help to ease feeling sick and movement illness. Since Cinnamon Oil is so strong, I do not suggest that anyone without a official education in herbalism or aromatherapy take it without being under the care of a qualified aromatherapy specialist (instead, try Cinnamon Tea or Frozen Ginger).Aromatically, Cinnamon Important Oil is delicious and heating. Though it is especially well suited for winter and fall months, I use it all year long. I really like mixing Cinnamon Oil in the diffuser / extractor with lemon or lime sebum and other liven sebum. Ginger Oil is one that is not a personal favorite to everyone, but is an oil that can significantly improve a combination or collaboration.Emotionally, I discover Cinnamon Oil invigorating and impressive. It is considered an aphrodisiac. Its fragrance is a wonderful inclusion to combinations especially developed for men (women really like it too).Spiritually, I personally discover Cinnamon Important Oil to be a welcome inclusion to my combinations for showing appreciation

Ginger Oil Availability : In Stock Botanical Name: Zingiber officinale Description: Ginger oil obtained from the ginger rhizome it is belongs to the Zingiberacea family. It is spice of great commercial importance. It is extracted by extraction of the unpeeled rhizome of Zingiber Officinale, the subtraction of the last few percents of solvent is a difficulty which has yet to be solved acceptably. Ginger Oil is extracted from a variety types of ginger, but the greater part of all ginger oil are resultant from Nigerian and Jamaican ginger, the former being the most low-cost material, the latter having the most strong aroma. Extraction: Ginger oil is extracted by the method of steam distillation from the ginger rhizome. Blending: Ginger oil blends well with Neroli, Sandalwood, Cedarwood, Olibanum, Ylang Ylang, Bergamot, Geranium, Rose. Uses: Ginger oil has the power to reduce cholesterol levels and blood clotting. Ginger oil is very useful as a natural remedy for asthma patients. Ginger oil is good to relieve approach of anxiety, anxiousness, depression and exhaustion. Ginger oil gives relief from menstrual cramps, headaches, backaches & soreness. Ginger oil is well-known to have an effect on the digestive system, as well as the nervous system. Safety and precautions: Ginger oil is non-irritant but could irritate sensitive skins and can also cause photosensitivity. A.G.Essential Oils situated at Delhi NCR (Noida) is manufacturer,supplier & exporter of this product in bulk and wholesale. We offer various Indian Essential oils, Carrier Oils & Aromatherapy Oils on below terms:- Ginger Oil Suppliers Ginger Oil Manufacturers Ginger Oil Wholesaler Ginger Oil Exporters 100% Pure Ginger Oil