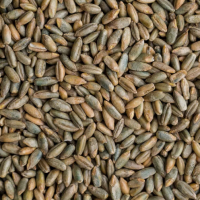 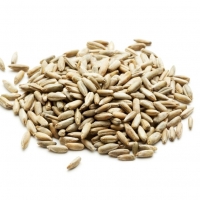 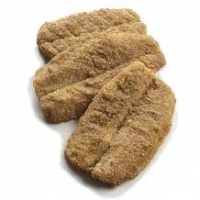 We are the manufacturer, exporter & supplier of Dark Rye Bread Mix. Our Dark Rye Bread Premix is use to make dark rye bread with full of goodness of sunflower seeds.

This dark medium granulation flour is milled from imported German rye grains and grits. It is slightly dark and milled closer to bran than the endosperm. It gives a dense and dark texture with full rye flavour (slightly sour). This flour can be used in combination with refined wheat flour to make varieties of rye sandwich breads and other artisan rye breads.

Rye flour is both a pleasure and a challenge. It's a pleasure because it produces breads like German, Alpine, Scandinavian, Baltic, Central European and Russian rye bread, as well as French pains de seigle and Italian pane di segale. It's a challenge because, when mixed with water, rye produces a dough that is both slippery and sticky, making it difficult to work with. That's because unlike gluten, which forms long, elastic chains, rye flour forms a viscous gel of complex starches called arabinoxylans. Like gluten in wheat dough, this gel traps baking gases - CO2 and steam. Unlike gluten, however, these complex carbohydrates also break down rapidly in the presence of the enzyme amylase, which occurs naturally in most flours, especially wholegrain. To counter this problem, bakers generally build their breads on a sourdough sponge (which inhibits the amylase activity), or, in the case of low-percentage (30% or less) rye breads, use high-gluten or first clear flour. Nutritionally, rye is rich in fiber, vitamin E, riboflavin, folacin and pantothentic acid. And unusual for a cereal grain, rye contains twice as much of the amino acid lysine as wheat, giving it one of the most complete proteins of all grains. And equally important, rye does all of this with only 75% of the calories, ounce for ounce, of wheat. Rye is a rich source of magnesium, a mineral that acts as a co-factor for more than 300 enzymes, including enzymes involved in the body's use of glucose and insulin secretion. Rye bread may be a better choice than wheat bread for persons with diabetes. Fiber fights diabetes and cardiovascular disease and promotes gastrointestinal health. Anti-Cancer Activity Equal to or Even Higher than that of Vegetables and Fruits. Substitute some rye flour for wheat flour in your favorite pancake, muffin and bread recipes. We manufacture and constantly sell the next product: Product: Rye flour. Origin: Ukraine. Packing: Paper bags of 1kg/2kg/3kg/5kg (net) and also polypropylene bags 25kg/50kg (net). Private label is possible. Minimum order quantity: 1 20-ft container (23.5 tons net). Payment terms: T/T for smaller orders and L/C for large order. Delivery terms (according to Incoterms 2010): - FCA Ukraine; - DAF Ukrainian border (by rail in covered wagons of 68 tons net); - FOB port Odessa, Ukraine (in 20 ft sea containers); - CFR/CIF any destination city (by trucks). - CFR/CIF any sea port of destination. Inspection: All shipments are to be inspected (SGS), and tested before shipping by a world recognized authority as advised by the buyer. A buyer pays inspection (SGS). We are interested in new customers and long-term cooperation.