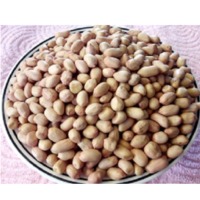 The peanuts (seeds) are used for roasting or salting and for the preparation of peanut butter. The protein in peanuts is used in the manufacture of ardil, a synthetic fibre. The vegetable ghee is made from the peanut oil after hydrogenation. Product origin : Russia Minimum Order Size and Packgaing details MOQ : 2-4 FCL Package : 25 KG, Bulk, 50 KG 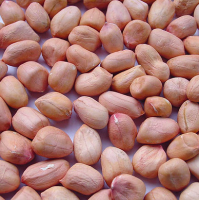 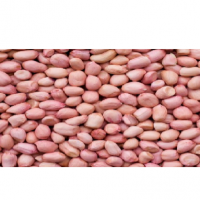 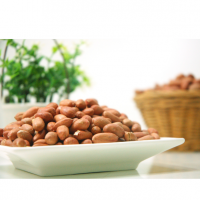 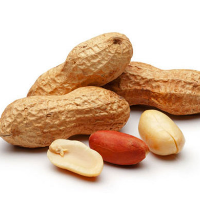 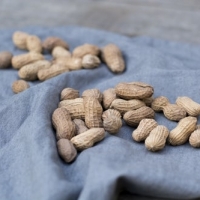 Peanut or groundnut (Arachis hypogaea), is a species in the legume or bean family. The peanut was probably first domesticated and cultivated in the valleys of Paraguay. It is an annual herbaceous plant growing 30 to 50 cm (1.0 to 1.6 ft) tall. The leaves are opposite, pinnate with four leaflets (two opposite pairs; no terminal leaflet), each leaflet 1 to 7 cm (? to 2 inch) long and 1 to 3 cm (? to 1 inch) broad. Peanuts are known by many other local names such as earthnuts, ground nuts, goober peas, monkey nuts, pygmy nuts and pig nuts. Despite its name and appearance, the peanut is not a nut, but rather a legume. India is the second largest producer of groundnuts in the world. Indian groundnuts are available in different varieties: Bold or Runner, Java or Spanish and Red Natal. The main Groundnut varieties produced in India are Kadiri-2, Kadiri-3, BG-1, BG-2, Kuber , GAUG-1, GAUG-10, PG-1 , T-28, T-64, Chandra, Chitra, Kaushal, Parkash, Amber etc. They have a rich nutty flavour, sweet taste, crunchy texture and over and above a relatively longer shelf life. Soil conditions in some producing regions are ideally suited for dry, clean and spotless Groundnuts in Shell. Groundnut is the major oil seed crop in India and it plays a major role in bridging the vegetable oil deficit in the country. Groundnuts in India are available throughout the year due to a two-crop cycle harvested in March and October. Ground Nuts are important protein crops in India grown mostly under rain-fed conditions. The awareness and concern for quality amongst the Indian groundnut shellers and processors are growing steadily. Multiple sorting and grading are fast becoming a norm. Indian manufacturer have the capability to prepare and supply edible peanuts conforming to highest standards. Processed Peanuts: Apart from raw edible peanuts, India is also in a position to supply Blanched Peanuts, Roasted Salted Peanuts and Dry Roasted Peanuts and a variety of peanut based products. Major Growing States: Gujarat, Andhra Pradesh, Tamil Nadu, Karnataka, Maharashtra ,Rajasthan, Madhya Pradesh, Orissa, and Uttar Pradesh India Facts and Figures : The country has exported 7,26,535.91 MT of groundnuts to the world for the worth of Rs. 5,456.72 crores/ 813.45 USD Millions during the year 2016-17. Major Export Destinations (2016-17) : Indonesia, Vietnam Social Republic, Malaysia, Philippines and Thailand.

We Are The Exporter Of Food Products From India. We Can Supply Pea Nuts / Ground Nuts From India 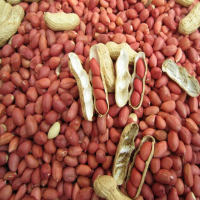 Good for brain: pine nuts contain rich phospholipids and unsaturated fatty acid, multi kinds of vitamin and minerals, it can promote the cell development and repair the injury, it is the good product for children, teen-agers and old people. . Anti-aging: pine nuts are rich in vitamin E, it protects the cells from the damage of free radicals, and make a lot of important enzyme in cells to maintain normal function. . Nourishing skin: pine nuts also contain rich linoleic acid and linolenate, they can nourishing skin and increase the flexibility of skin. . Prevention of cardiovascular disease: the variety kinds of unsaturated fatty acid that pine nuts contained can adjust and lower the blood fat, soften the blood vessels and Prevention and treatment of atherosclerosis 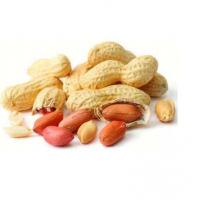 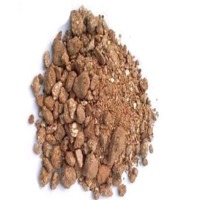 Groundnut meal is an important source of protein for livestock feeding in India. Three types of oil cakes are available in India, namely ghani pressed, expeller pressed and solvent extracted cake.The content of oil is variable according to the process of extraction of oil. 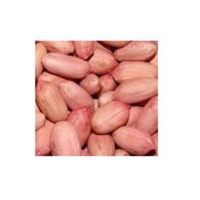 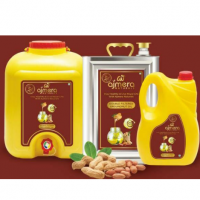 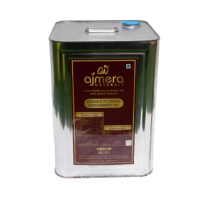 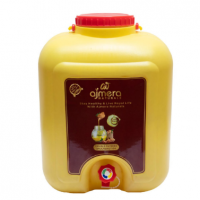