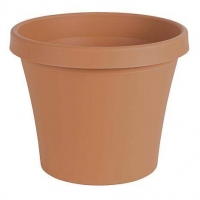 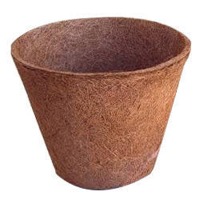 Coir Flower Pots : Coir or coconut fibre, is a natural fibre extracted from the husk of coconuts and used in products such as floor mats, doormats, brushes and mattresses. Coir is the fibrous material found between the hard, internal shell and the outer coat of a coconut. Other uses of brown coir (made from ripe coconut) are in upholstery padding, sacking and horticulture. White coir, harvested from unripe coconuts, is used for making finer brushes, string, rope and fishing nets. In agriculture and horticulture, coir is a substitute for sphagnum (peat moss) and peat because it is widely available and environmentally friendly. Many sources of coir however are heavily contaminated with pathogenic fungi, and the choice of the source is important. Coir is also useful to deter snails from delicate plantings, and as a growing medium in intensive glasshouse (greenhouse) horticulture. Coconut coir from Mexico has been found to contain large numbers of colonies of the beneficial fungus Aspergillus terreus, which acts as a biological control against plant pathogenic fungi. Coir is also used as a substrate to grow mushrooms. The coir is usually mixed with vermiculite and pasteurised with boiling water. After the coir/vermiculite mix has cooled to room temperature, it is placed in a larger container, usually a plastic box. Previously prepared spawn jars are then added, spawn is usually grown in jars using substrates such as rye grains or wild bird seed. This spawn is the mushrooms mycelium and will colonize the coir/vermiculite mix eventually fruiting mushrooms.Coir is an allergen, as well as the latex and other materials used frequently in the treatment of coir. Coir fibre pith or coir dust can hold large quantities of water, just like a sponge. It is used as a replacement for traditional peat in soil mixtures, or, as a soil-less substrate for plant cultivation.It has been called "coco peat" because it is to fresh coco fibre somewhat like what peat is to peat moss, although it is not true peat. 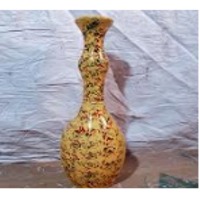 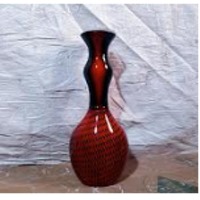 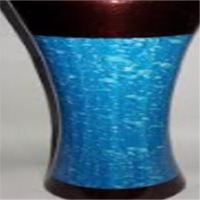 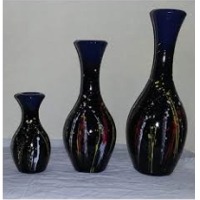 1. Step one: stuff 2. Step two: finished product 3. Step three: use 4. Step four: degradation 5. Step five: be back to nature Your design and samples are welcomed

Flower pot Material: natural plant fibre Thickness: 2-3mm or as your requirement. Different colors available Degraded deadline: one year or as required Heat-resistant water-proof, nonpoisonous and pollution-free Biologically degraded to protect the natural environment after being used. We can supply sgs test report if you need. For all the dishes, we can supply fda certification.

This items used as flower pot.