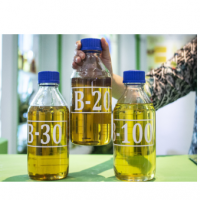 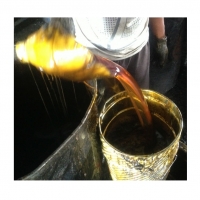 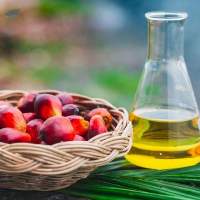 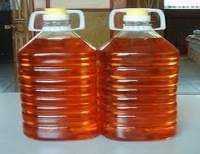 Biodiesel for Automobiles, ships and boilers

Biodiesel We can supply biodiesel of international std by prior order booking only. Since biodiesel can be made from several different raw materials like fresh oils, waste oils, fish oil etc., customer should specify while booking order, which type of raw material he/she prefers. Then only we can give actual quotation. Rates vary according to raw material and subject to available qty. 210 ltrs drums

Biodiesel for Automobiles, ships and boilers

We manufacture Biodiesel (B100) conforming to BIS and various international standards. Our unit is multi feedstock based and we are amongst vendors approved by Government owned Oil Marketing Companies. Our product can be used as an eco friendly alternative to petroleum diesel in vehicles and stationary engines.

We can supply you biodiesel. * Type: B100 Biodiesel * Price: 470 USD per ton CIF * Terms: 50% Downpayment to purchase raw materials; 25% after SGS forwarded the test report and supporting documents to you and 25% after shipping documents are sent to you. We are very credible and open for meetings. * MOQ: 200 Tons * Capacity: 10,000 MT per month

Biodiesel made from vegetable oil. If you are interested, please submit your LOI.

Biofuel development in India centres mainly around the cultivation and processing of Jatropha plant seeds which are very rich in oil (40%). The drivers for this are historic, functional, economic, environmental, moral and political. Jatropha oil has been used in India for several decades as biodiesel for the diesel fuel requirements of remote rural and forest communities; jatropha oil can be used directly after extraction (i.e. without refining) in diesel generators and engines. Jatropha has the potential to provide economic benefits at the local level since under suitable management it has the potential to grow in dry marginal non-agricultural lands, thereby allowing villagers and farmers to leverage non-farm land for income generation. As well, increased Jatropha oil production delivers economic benefits to India on the macroeconomic or national level as it reduces the nation's fossil fuel import bill for diesel production (the main transportation fuel used in the country); minimising the expenditure of India's foreign-currency reserves for fuel allowing India to increase its growing foreign currency reserves (which can be better spent on capital expenditures for industrial inputs and production). And since Jatropha oil is carbon-neutral, large-scale production will improve the country's carbon emissions profile. Finally, since no food producing farmland is required for producing this biofuel (unlike corn or sugar cane ethanol, or palm oil diesel), it is considered the most politically and morally acceptable choice among India's current biofuel options; it has no known negative impact on the production of the massive amounts grains and other vital agriculture goods India produces to meet the food requirements of its massive population (circa 1.1 Billion people as of 2008). Other biofuels which displace food crops from viable agricultural land such as corn ethanol or palm biodiesel have caused serious price increases for basic food grains and edible oils in other countries.