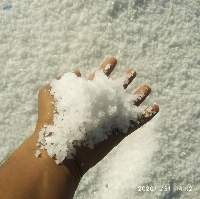 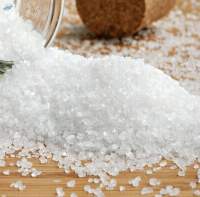 Sea salt used in food processing or industry and As fertilizer in agriculture, 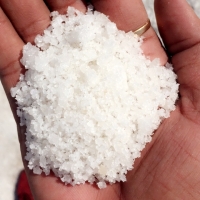 We are offering a competitive range of Industrial Salt to our valued clients. This industrial salt is used for various industries purposes. These products are developed using safe and hygienic raw material, under the supervision of our industry experts.

Full of flavor, our natural sea salt is harvested at the salinas of Messolonghi. Pure and without chemical procession, it is not subject to any treatment other than washing. Whether you are flavoring an everyday meal or you are finishing a gourmet recipe, this prenium sea salt will make the difference. Product Type: Sea Salt Product Range: Grain Salt, Flake Salt, Ground Salt, Fleur de Sel Product Origin: Greece Use: Used in Cooking Packaging: Customized

ABOUT SEA SALT Sea salt is salt that is produced by the evaporation of seawater. It is used as a seasoning in foods, cooking, cosmetics and for preserving food. It is also called bay salt, solar salt,or s alt. Like mined rock salt, production of sea salt has been dated to prehistoric times. There is no scientific evidence that consuming sea salt instead of more refined sodium chloride salts has any health benefit COMPOSITION Commercially available sea salts on the market today vary widely in their chemical composition. Although the principal component is sodium chloride, the remaining portion can range from less than 0.2 to 10% of other salts. These are mostly calcium, potassium, and magnesium salts of chloride and sulfate with substantially lesser amounts of many trace elements found in natural seawater. Though the composition of commercially available salt may vary, the ionic composition of natural saltwater is relatively constant. TASTE TASTE FACT #1 Some gourmets believe sea salt tastes better and has a better texture than ordinary table salt. TASTE FACT #2 TASTE FACT #3 TASTE FACT #4 The principle of production is evaporation of the water from the sea brine. In warm and dry climates this may be accomplished entirely by using solar energy, but in other climates fuel sources have been used. Modern sea salt production is almost entirely found in Mediterranean and other warm, dry climates. Such places are today called salt works, instead of the older English word saltern. An ancient or medieval saltern was established where there was: Access to a market for the salt A gently shelving coast, protected from exposure to the open sea An inexpensive and easily worked fuel supply, or preferably the sun Another trade, such as pastoral farming or tanningÃ¢??which benefited from proximity to the saltern (by producing leather, salted meat, etc.) and provided the saltern with a local market. Today, salt labelled sea salt in the US might not have actually come from the sea, as long as it meets the FDA purity requirements. All mined salts were originally sea salts since they originated from a marine source at some point in the distant past, usually from an evaporating shallow sea.

Unlike refined salts, the preparation of sea salt usually includes very little processing, so it retains its moisture and mineral treasure. ItÃ¢??s a hit amongst the health conscious people

We have a wide range of salt varieties that includes crystal salt, Powdered salt, Free flow etc. All varieties can be get in iodised and non iodised form according to your requirement. We bang on quality. If you want less quality salt we are not the right person, Quality is our strength. We have the ability to supply to your requirement. For price and other details you can contact us directly.