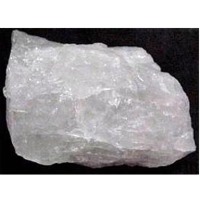 Quartz: Quartz is one of the most well-known minerals on the earth with numerous uses. Sand, which is composed of tiny Quartz pebbles, is the primary ingredient for the manufacture of glass. We feel pride in introducing ourselves as a leading Quartz Lumps Exporters from India. Mineral-grade packaging is provided for safe and easy delivery of Quartz Lumps. We welcome orders from Middle East, East Asian and several other countries and ensure timely shipment. Applications : It is used as an abrasive for sandblasting, grinding glass and cutting of soft stones. Quartz powder is also used in ceramic tiles along with feldspar. Quartz is a chemical compound consisting of one part silicon and two parts oxygen. It is the most abundant mineral found at Earths surface and its unique properties make it one of the most useful natural substances.Quartz is the second most common mineral in the Earths continental crust. It is made up of a lattice of silica. Its usefulness can be linked to its physical and chemical properties. It is chemically inert in contact with most substances. It has electrical properties and heat resistance that make it valuable in electronic products. Its luster, color and diaphaneity make it useful as a gemstone and also in the making of glass. This makes it a very essential mineral in our daily life. Features Of Quartz Quartz is very common in sedimentary rocks such as sandstone. It is composed of Silicon and oxygen atoms. It is closest to pure chemical compound and has constant physical properties. Quartz strength and non-reactive properties make it indispensable ingredient in the production of thousand of everyday products. Application Drilling Ceramics Paints Glass 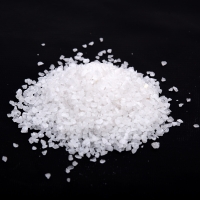 Quartz Quartz is a mineral that is easily available from the crust of earth. And yet, it is quite valuable for its vast usage. Chemical Term SiO2 (Silica, or silicon dioxide).Found in igneous, metamorphic and sedimentary rocks. Usage Quartz is mostly required in the production of Engineering Quartz stones, Silicate Glasses and Ceramics.

Quartz is the most abundant and most common mineral on the Earth. It is found in almost every geological environment and also it is at least a component of almost every rock type. It has a hexagonal crystal structure and is made of trigonal crystallized silica. It is most varied in terms of varieties, colors and forms. Physical Properties of Quartz Quartz 1 Silica SiO2 99.9% (+/- 0.2%) Alumina Al2O3 0 Ferric Oxide Fe2O3 0.07% (+/-.01%) Titanium Oxide TiO2 0 Sodium Oxide Na2O 0 Pottasium Oxide K2O 0 Loss on Ignition LOI 0.16% Applications of Quartz User of Quartz Powder are spread over a very wide range of industry where functional roles of it are also varied, like quartz powder is used as a filler in porcelain, ceramics, sanitary ware and Engineered stone industry while quartz grains are used a lining refractories in induction furnaces, as a flux in smelting operations. 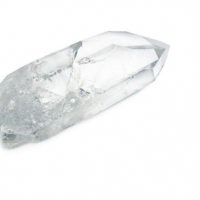 Transparent Rock Crystal has many electronic uses; it is used as oscillators in radios, watches, and pressure gauges, and in the study of optics. Quartz is also used as an abrasive for sandblasting, grinding glass, and cutting soft stones. Quartz, widely distributed mineral of many varieties that consists primarily of silica, or silicon dioxide (SiO2). Large amounts of quartz sand (also known as silica sand) are used in the manufacture of glass and ceramics and for foundry molds in metal casting. Crushed quartz is used as an abrasive in sandpaper, silica sand is employed in sandblasting, and sandstone is still used whole to make whetstones, millstones, and grindstones. Silica glass (also called fused quartz) is used in optics to transmit ultraviolet light. Tubing and various vessels of fused quartz have important laboratory applications, and quartz fibers are employed in extremely sensitive weighing devices. Because of its piezoelectric property, a quartz plate can be used as a pressure gauge, as in depth-sounding apparatus. Quartz is very resistant to both chemicals and heat. It is therefore often used as foundry sand. With a melting temperature higher than most metals, it can be used for the molds and cores of common foundry work. Refractory bricks are often made of quartz sand because of its high heat resistance. Quartz sand has a high resistance to being crushed. In the petroleum industry, sand slurries are forced down oil and gas wells under very high pressures in a process known as hydraulic fracturing. The open fractures facilitate the flow of natural gas into the well bore. Quartz crystals are used to make oscillators for watches, clocks, radios, televisions, electronic games, computers, cell phones, electronic meters, and GPS equipment. Quartz makes an excellent gemstone. Based on the application and customer requirement, quartz can be supplied in specified size. The three main variants are quartz powder, quartz lumps and quartz grits. 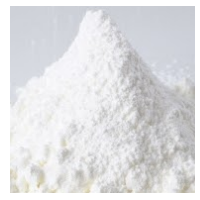 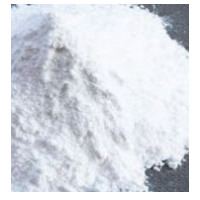 Quartz is a chemical compound consisting of one part silicon and two parts oxygen. It is silicon dioxide (SiO2). It is the most abundant mineral found at Earth's surface, and its unique properties make it one of the most useful natural substances. Quartz is one of the most useful natural materials. Its usefulness can be linked to its physical and chemical properties. It has a hardness of seven on the Mohs Scale which makes it very durable. It is chemically inert in contact with most substances. It has electrical properties and heat resistance that make it valuable in electronic products. Its luster, color, and diaphaneity make it useful as a gemstone and also in the making of glass. Chemical formula :- SiO2 Application : Different forms are also used as gemstones. Because it is a primary ingredient in sand it is also used to make glass & labware, silica brick, cement, and mortar. Ground quartz is used as an abrasive in stonecutting, sandblasting, and glass grinding. Powdered quartz is used in making porcelain, scouring soaps, sandpaper, and wood fillers. Silica, or more correctly silica dioxide SiO2, is one of the most abundant compounds on the surface of the Earth, being most obvious as Quartz Lumps. It has a multitude of uses depending on the degree of purity. Graded Quartz Lumpsare used in the manufacture of glass, optical fibres and ceramics. For price and specification please contact us. 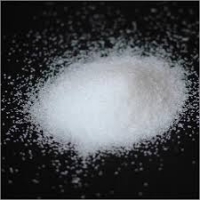 Quartz, most common of all minerals is composed of silicon dioxide, or silica, SiO2. It is an essential component of igneous and metamorphic rocks. Quartz is the second most common mineral in the Earth''s continental crust. We can produce all sizes of quartz as per buyer requirement. like 200#, 325#, 400#, 500#, 38 microns. Our Quartz is used in all leading industries like Glass, Quartz Slabs, Ceramic, Paints, Rubber etc. 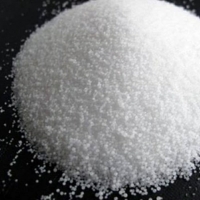