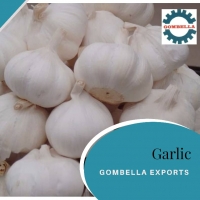 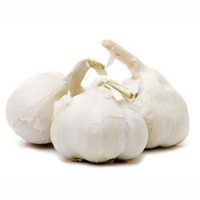 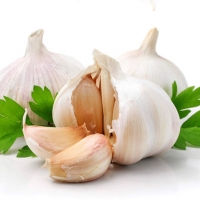 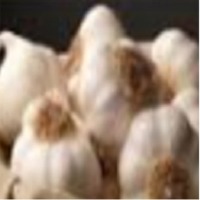 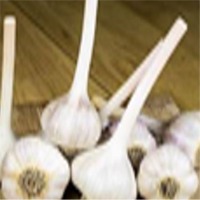 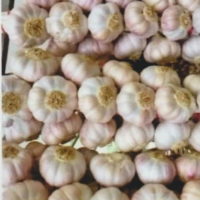 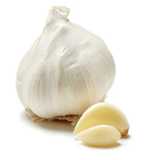 Product Description - "This bulb-shaped veggie is part of the onion family, which also includes chives, leeks, and scallions. Unlike its kin, a garlic bulb is made up of many smaller pieces called cloves. Garlic doesn't have much of a smell until you peel, crush, or chew the cloves. That releases the sulfur compounds that give raw garlic its famous odor and flavor. Garlic is also considered healthy because of allicin, the oil that gives garlic its sulfurous flavor and smell. ItÃ¢??s also antibacterial. But garlic has more than 40 other healthy compounds, such as arginine, oligosaccharides, flavonoids, and selenium. Experts say any of them, or mixtures of them, could be why garlic supports good health. Some studies show that garlic might help people with heart disease. It may lower cholesterol and blood pressure, keep arteries flexible, and help prevent blood clots and the buildup of plaque. It might also reduce the risk of stroke. While not as effective as medicine, garlic may have a role as a side treatment. It might also lower blood sugar in people with diabetes." Price of product ( USD price or FOB price) - On demand Product origin - Gujarat, Maharashtra Key Specifications/Special Features - Fresh Garlic Scientific Name: Allium sativum Shelf Life: 30 days, under proper storage GMO: Free from GMO Allergens: Free from Allergens Packaging: 10/25/50 Paper Bags or Mesh BagsCultivation Type: Conventional/Organic. Taste: Pungent Color: Brownish white Minimum Order Size and Packaging details - Packaging 25, 50 kgs Kraft Bags or as per requirement 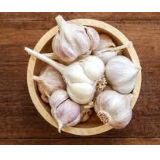 Garlic is a species in the onion genus, Allium. Its close relatives include the onion, shallot, leek,and Chinese nion. Garlic is native to Central Asia and northeastern Iran, and has long been a common seasoning worldwide, with a history of several thousand years of human consumption and use. It was known to ancient Egptians, and has been used both as a food flavoring and as a traditional medicine.In Ancient Rome, it was “much used for food among the poor”.China produces some 80% of the world’s supply of garlic. health benefits of garlic 1. Garlic Contains Compounds With Potent Medicinal Properties Garlic is a plant in the Allium (onion) family. It is closely related to onions, shallots and leeks. Each segment of a garlic bulb is called a clove. There are about 10–20 cloves in a single bulb, give or take. Garlic grows in many parts of the world and is a popular ingredient in cooking due to its strong smell and delicious taste. However, throughout ancient history, the main use of garlic was for its health and medicinal properties (1Trusted Source). Its use was well documented by many major civilizations, including the Egyptians, Babylonians, Greeks, Romans and Chinese (2Trusted Source). Scientists now know that most of its health benefits are caused by sulfur compounds formed when a garlic clove is chopped, crushed or chewed. Perhaps the most famous of those is known as allicin. However, allicin is an unstable compound that is only briefly present in fresh garlic after it’s been cut or crushed (3Trusted Source). Other compounds that may play a role in garlic’s health benefits include diallyl disulfide and s-allyl cysteine (4Trusted Source). The sulfur compounds from garlic enter the body from the digestive tract and travel all over the body, where it exerts its potent biological effects. 2. Garlic Is Highly Nutritious But Has Very Few Calories Calorie for calorie, garlic is incredibly nutritious. One clove (3 grams) of raw garlic contains Manganese: 2% of the Daily Value (DV) Vitamin B6: 2% of the DV Vitamin C: 1% of the DV Selenium: 1% of the DV Fiber: 0.06 grams Decent amounts of calcium, copper, potassium, phosphorus, iron and vitamin B1 This comes with 4.5 calories, 0.2 grams of protein and 1 gram of carbs. Garlic also contains trace amounts of various other nutrients. In fact, it contains a little bit of almost everything you need. Garlic (Allium sativum) is a spice crop belonging to the family Alliaceae along with onion (A. cepa. L), leek (A. ameloprisum L.), chives (A. schoenoprasum L), and shallot (A. asaclincum). It is the second most widely used amongst cultivated Alliums after onions (Allium cepa). The crop consists of an underground bulb and vegetative shoot which consist of leaves and flowers. With our storage facility we can supply 150 metric ton per month. 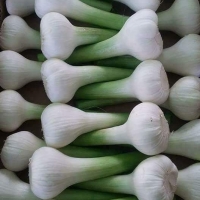 We have Garlic fresh green or dried and we are producing Garlic products like peeled in vacuum packs or nitrogen jars, garlic powder and garlic paste( attached some photos for the product). Packaging details whole bulbs carton 5kg(green) 10,20 for dried whole bulbs Peeled or powder as requested MOQ 1 40ft container Prices: upon request 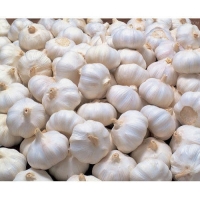 Garlic is a species in the onion genus, Allium. Its close relatives include the onion, shallot, leek, chive, Welsh onion and Chinese onion. It is native to Central Asia and northeastern Iran and has long been a common seasoning worldwide, with a history of several thousand years of human consumption and use. 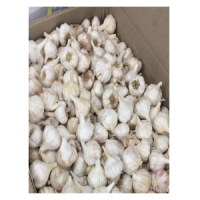 Product Description : Garlic is a native of West Asia and Mediterranean area. China, Korea, India, USA, Spain, Argentina and Egypt are the major garlic growing countries. Garlic prefers cool weather and grow in a well-drained, moderately clay loam at higher elevation (900 to 1200 mtrs). Product origin : Tamilnadu, Maharashtra, Kashmir Key Specifications/Special Features : Garlic is used for flavouring various dishes practically all over the world. In United States almost half of the produce is dehydrated for use in mayonnaise products, salad dressings and in several meat preparations. Raw garlic is used in the preparation of garlic powder, garlic salt, garlic vinegar, garlic cheese croutins, garlicked potato chips, garlic bread, garlicked bacon etc. Spray dried garlic products, liquid garlic preparations are other products. In India and other Asian and Middle East Countries, garlic is used in pickles, curry powders, curried vegetables, meat preparations etc. Oil of garlic is used as a flavouring agent in soups, canned foods, sauces etc. The other properties are anti-bacterial, fungicidal and insecticidal. In the area of medicine, it is used for various ailments of stomach, skin diseases. It has wider applications in indigenous medicines and is also considered as highly nutritive. Minimum Order Size and Packaging details : Red gunny bags Minimum Order 25000kg" 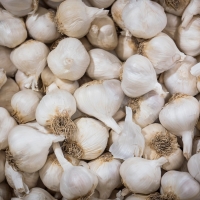 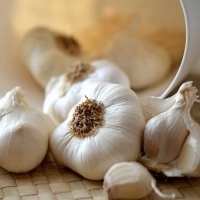 Category: Spices Garlic is known to have a number of beneficial effects for our health and taking this into consideration, AMAN FASHION produces the best quality organic Garlic at the best price. This high quality Garlic is grown organically and is processed under safe conditions, and is hygienically packed for consumption as well. Customers can avail of fresh and raw garlic from them with a pungent and strong smell as well. You can either try our fresh individual units of Garlic or fresh peeled and cleaned garlic cloves at different weights. Their garlic is available in organic and conventional styles, in see-through breathable packs that allows customers to see their products well. The best thing about garlic manufactured by AMAN FASHIONis that they are smell really good and taste the best as well. You can book your order for Garlic and it would be shipped to you as soon as possible.

We have fresh garlic from India available for export...

White garlic of export quality of Indian origin. Properly graded and sorted as per customer's requirement. Can supply hundreds of tons every week all over the world.