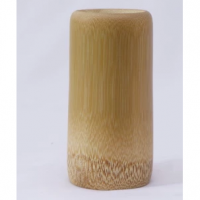 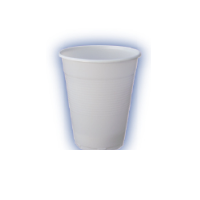 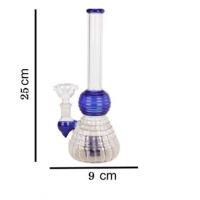 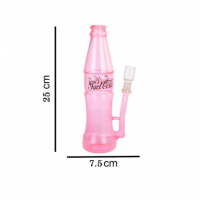 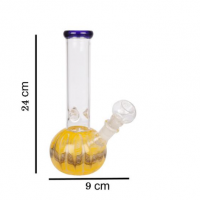 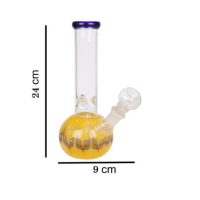 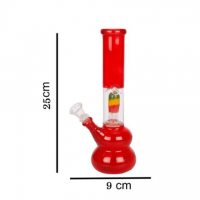 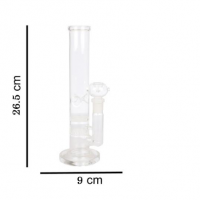 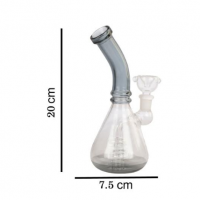 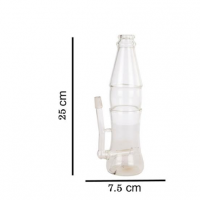 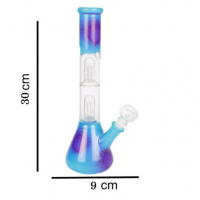 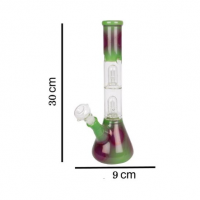 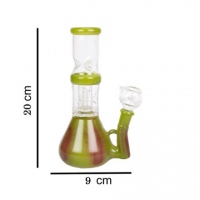 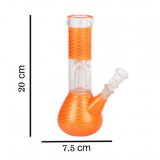 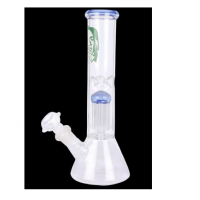 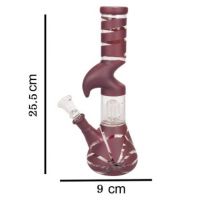 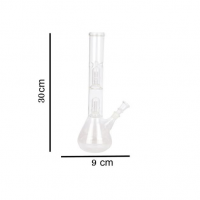 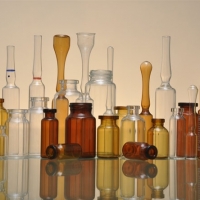 Modern vials are often made out of plastic or sometimes glass. There are often used as storage for small quantities of liquid used in medical or molecular biology applications. There are several different types of commonly used closure systems. For glass vials, options include screw vials (closed with a screw cap or dropper/pipette), lip vials (closed with a cork or plastic stopper) and crimp vials (closed with a rubber stopper and a metal cap).Plastic vials, which can be moulded in plastic, can have other closure systems, such as 'hinge caps' which snap shut when pressed. These are sometimes called flip-tops or snap caps. The bottom of a vial is often flat, unlike test tubes, which have usually a rounded bottom, but this is often not the case for small hinge-cap or snap-top vials. The small bottle-shaped vials typically used in laboratories are also known as bijou or McCartney's bottles. The bijou bottle tends to be smaller, often with a volume of around 10 milliliters. 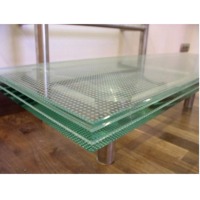 It has been decades that architectural glass sheets have been utilized as a construction material. Over this time, manufacturers have achieved a significant success in terms of fabrication and finishing technology, bringing the glass properties almost to perfection. Increasingly pronounced in glass industry is the nanotechnology sector, which renders it specific and extraordinary properties in terms of operation and aesthetics, thus opening new bright perspectives for architects and designers. It would be fair to say that it was new safe multilayer glass items that helped discover most significant improvements of properties and capabilities of glass as a construction material. All valuable operation and technical properties of such glass are achieved by using a “sandwich” principle, i.e. by creating a multilayer composite structure with a polymer layer in between. It is still difficult to appreciate the whole significance and implications of this development. Regrettably, many issues of perfecting the technology and equipment that helps create multilayer glass (triplex production equipment) have been outside researchers’ focus of attention, thus hindering the practical development across the entire range of safety glass application. Most new properties are still unknown and require serious theoretical and experimental developments to uncover. Among these: detailed study of formation and development of multilayer glass production technology based on innovative polymer materials with a higher strength compared to existing materials, research of properties and application of hybrid structures based on new composite elements. The combination of fragile glass and plastic materials (for instance: polycarbonate and glass sandwich panels, glass and acryl tile etc.) enables to optimize the functionality of multi-layer shutterproof glass. It is beyond doubt that ongoing researches in this area will boost the improvement of existing and development of new approaches to designing and creating multilayer glass machines for industrial-scale production.