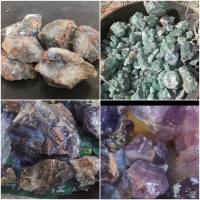 Fluorspar also known as Fluoride and Calcium Fluoride Caf2 70% to 80%+ We provide fluorspar lumps from 70% grade to more than 80% from our own mines in Pakistan. We posses different mines of fluorspar which produces high quality fluorsar in different areas of pakistan. Our product is certified from SGS LAB, Pakistan goverment lab, and Quality lab in Pakistan. We limit our production from 100MT to 500MT per month to control the quality of product please feel free to contact us as we also offfer Trial Shipment. Thankyou 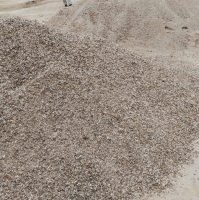 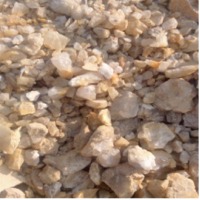 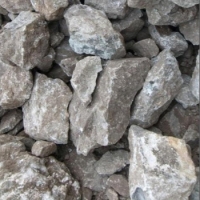 Fluorite or Fluorspar or CaF2 is a mineral composed of calcium fluoride (CaF2), the principal fluorine-bearing mineral.Numerous uses in industries such as steel, ceramics, chemical. Payment terms: Negotiable. Packaging: 1/1.5mt jumbo bags. Grade: 75% and above. Size: as per request.

We Caprice International, is the leading exporter of the most colorful and useful mineral calcium fluoride (fluorspar), probably customers demand for high grade calcium fluoride with competent prices, they should not worry because we offer them all grades calcium fluoride with very competent prices, our company has leased several mines of Calcium fluoride (fluorspar) and has started mining operation over there and getting the quality material. Our fluoride has various colors, included blue, black, transparent, white, and gray. We offer our material in grade wise which is mentioned under Caf2 60% to 70% Caf2 71% to 78% Caf2 79% to 80% Sizing : 10mm to 50mm. Packing Loose in container, 50Kg PP Bags, 01 Tons Jumbo Bags or as per our valued customer demand.

Fluorspar Lumps. CaF2: 60%~90%. It is used as a flux for fluidity of slag and aluminum smelting.

Acid fluorspar been used in the chemical industry. Fluorspar has traditionally been used as a flux to lower the melting point of raw materials in steel production. it is also used as a flux to increase the fluidity of the slag ln ferrous metallurgy. In bulk, 1mt bag or according to customer's request.

Good day. We offer : - Mill scale - Fluorspar CAF2 - Sintered Iron ore Maybe you have a requirement , please send to my email. Thank you

We produce metallurgical grade fluorite with grades ranging from 75% to 90% CaF2. We produce all sizes from 5mm to 100mm lumps. 1 ton PP Jumbo Bag

Fluorspar for steel and cement industries Various %age started from 60 to 85% of CaF2.

Elfath Company For Supply And Contracting

Fluorspar is used directly or indirectly to manufacture products such as aluminum, gasoline, insulating foams, refrigerants, steel, and uranium fuel.

Fluorite (also called fluorspar) is the mineral form of calcium fluoride, CaF2. It belongs to the halide minerals. It crystallizes in isometric cubic habit, although octahedral and more complex isometric forms are not uncommon.

Calcium fluoride is a mineral composed of calcium fluoride (CaF2), the principal fluorine-bearing mineral. It occurs as cubic, isometric crystals and cleavable masses. When pure, it is colorless and transparent, or translucent with a glassy luster. Impurities cause color in the stone, and several varieties exhibit fluorescence. Usually found either in pure veins or associated with lead, silver, or zinc ores, it is common in limestone and dolomites. Calcium fluoride is a vital component in several industrial applications, including steel production. It is also used to make hydrogen fluoride (AHF) which, in turn, is used in the production of refrigerants and to make aluminium tri-fluoride (AlF3), critical in aluminium smelting; uranium fluoride (UF6), used in nuclear power stations; and lithium hexafluorophosphate (LiPF6), used to make the electrolyte for lithium batteries. Other applications further downstream are: Fluorite comes in a wide range of colors and has subsequently been dubbed "the most colorful mineral in the world". The most common colors are purple, blue, green, yellow, or colorless. Less common are pink, red, white, brown, black, and nearly every shade in between. Color zoning or banding is commonly present. The color of the fluorite is determined by factors including impurities, exposure to radiation, and the size of the color centers.

Fluorspar: Specification: CaF2: 65% 75% 80% and 85% Size: 0-60mm The sizes and specifications can be manage according to the users requirements Packing: Bulk in container or 1/1.25 metric ton jumbo bags or as per customer requirement