Clear All Selection
Browse fennel-seeds suppliers by country and region. 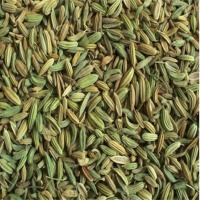 Fennel is an aromatic and flavorful herb that has several culinary as well as medicinal uses. If it is not in your kitchen cupboard right now, you’ll want to put it on your grocery list and make it a household staple after learning more about it. In addition to its popular use as a breath freshener, it helps relieve a number of ailments and facilitates better health due to its stomachic, carminative, antispasmodic, anti-inflammatory, antimicrobial, expectorant, diuretic, emmenagogue, depurative, anticarcinogenic and antioxidant properties. 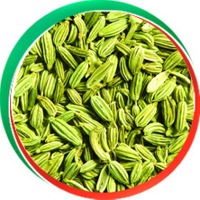 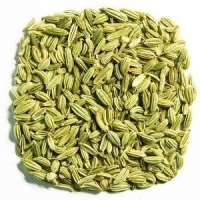 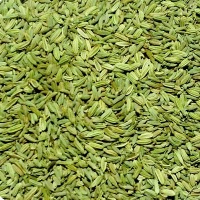 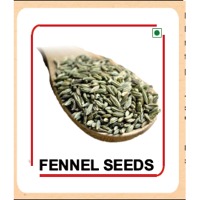 Fennel seeds: - Fennel seeds of the fennel plant have a mild licorice-like flavor. Yet, the flavor of the seeds is more potent due to their powerful essential taste. Aside from its many culinary uses, fennel and its seeds offer a wide array of health benefits and may provide antioxidant, anti-inflammatory, and antibacterial effects 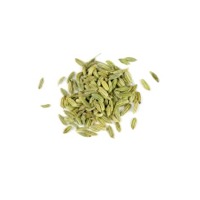 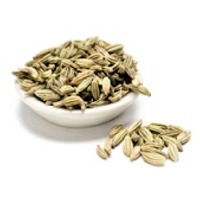 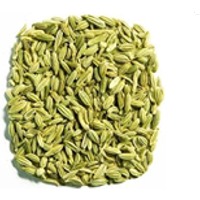 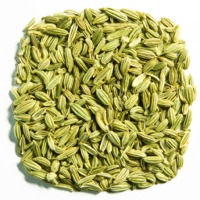 Fennel Seeds (Foeniculum Vulgare) Fennel seeds are the dried fruit of Foeniculum vulgare, which belongs to the parsley, family; it yields both a herb and a spice. It is oval in shape and green or yellowish, brown in colour. Fennel is highly aromatic and flavourful herb with culinary and, medicinal use. It is traditionally considered one of the best herbs for fish dishes., Fennel is cultivated largely in Gujarat, Rajasthan & Uttar Pradesh. Specifications :- Type : Singapore Quality, Europe Quality Purity : 99%, 98%, 97% Flavour : Aromatic sweet Moisture : 10-11% Max Look forward hearing from you soon. 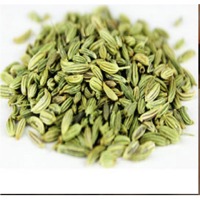 Fennel Seed is a aromatic anise flavored spice, brown or green in color when fresh, slowly turning a dull grey as the seed ages. 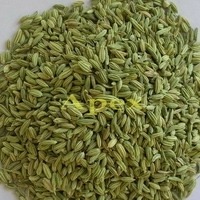 Fennel Seed Exporter of Pure Foeniculum Vulgare / Fennel Seeds / Saunf from india . Botanical Name : Foeniculum Vulgare English Name : Fennel Seeds Common Name : Saunf Plant Part : Seeds Actions and Uses: Fennel seeds are the ripe, dried, gray-green striped to yellowish brown schizocarpic fruits (4 - 10.5 mm long, 2 - 4 mm wide) of the fennel bush, belongs to the Umbelliferae family. Obtained from this aromatic and medicinal plant, the seeds emit a pleasant odor, are highly aromatic and have a pungent flavor.Fennel seeds are a common cooking spice, particularly for use with Non Vegetarian dishes. After meals, they are used to prevent gas and upset stomach. The seeds are also used in Latin America to increase the flow of breast milk. In some regions of Italy, fennel seeds are still used today in sausage making. 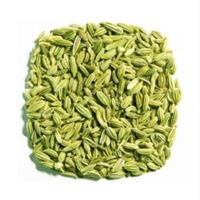 Fennel seeds We proudly announce ourselves as most favorable and prominent fennel seeds exporters and suppliers in india selling wide range of seeds having wonderful medicinal benefits and health benefits too.Fennel seeds in india are popular during cooking and can be used for garnishing salads too. Further it is used along with soups, sauces, puddings etc and generally available with popular seeds exporters around. When fennel seeds are dried, they can be used to make medicines to make you healthy and fit. Fennel seed nutrition facts can help for treating gas and chronic coughs. 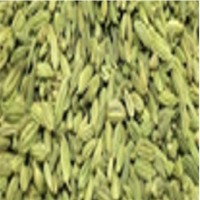 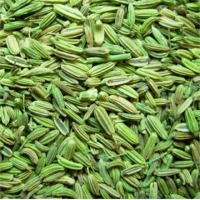 Fennel seeds may be yellowish or green in appearance. These seeds are very rich in minerals including magnesium. Seeds may be chewed upon after every meal or even more often. About 2-3 Gms may be had at a time and chewed upon. Daily intake about 7 Gms. (or 1½ teaspoon). 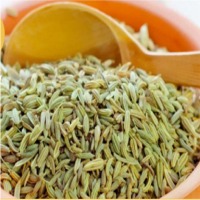 Fennel yields both a herb and a spice. All plant parts are edible; roots, stalks and leaves, with the spice coming from the dried seeds. A native to the Mediterranean, Fennel is an ancient and common plant known to ancient Greeks and spread throughout Europe by Imperial Rome. It is also grown in India, the Orient, Australia, and South America and has become naturalized in the US. It has been called meeting seed by the Puritans who would chew it during their long church Services. Uses As a herb, fennel leaves are used in French and Italian cuisine’s in sauces for fish and in mayonnaise. In Italy fennel is also used to season pork roasts and spicy sausages, especially the Florentine salami finocchiona. It is traditionally considered one of the best herbs for fish dishes. The English use fennel seeds in almost all fish dishes, especially as a court bouillon for poaching Fish and seafood. It is used to flavour breads, cakes and confectionary. Benefits Fennel is used for various digestive problems including heartburn, intestinal gas, bloating, loss of appetite, and colic in infants. It is also used for upper respiratory tract infections, coughs, bronchitis, cholera, backache, bedwetting, and visual problems. Some women use fennel for increasing the flow of breast milk, promoting menstruation, easing the birthing process, and increasing sex drive. Fennel powder is used as a poultice for snakebites. In foods and beverages, fennel oil is used as a flavouring agent. Specifiction- Purity 99% & 99.5% Admixture 1% & 0.5% Moisture Max 8 % Free from GMO and Salmonella. Certified by Kosher Packing 25/50 kgs in Jute Bags, PP Bags & Paper Bags 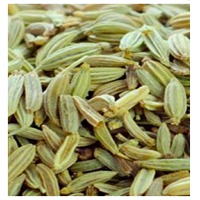 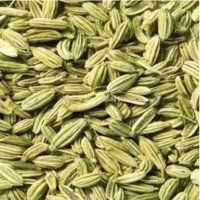 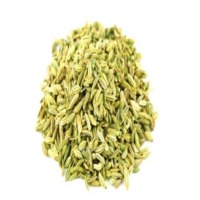 Fennel is a flowering plant species in the carrot family. It is a hardy, perennial herb with yellow flowers and feathery leaves. It is indigenous to the shores of the Mediterranean but has become widely naturalized in many parts of the world, especially on dry soils near the sea-coast and on riverbanks 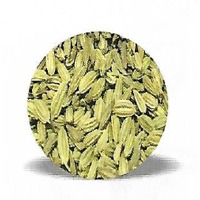 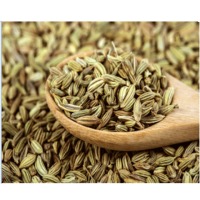