Clear All Selection
Browse bitumen-asphalt suppliers by country and region. 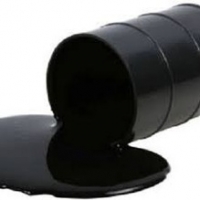 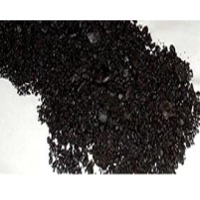 Bitumen Product Description : Bitumen is widely used in the construction of asphalt roads and bituminous membrane products. Bitumen is commonly used to build highways, motorways and rail networks. Bitumen has excellent water-proofing properties and is widely used for making roofing products along with a range of other household and industrial applications, from emulsion paints to sound-proofing. Penetration Bitumen and Bitumen Emulsions are used for the construction of railway tracks and by using special types of bitumen such as Polymer Modified Bitumen, the vibration and noise levels are reduced due to a dampening effect. Bitumen has been proven to be effective on both high-speed railway tracks and heavy load railway tracks. Bitumen is also used for surfacing airfield runways and air strips (PMB is preffered due to its fuel resistant properties) and taxi ways. For the Marine construction industry bitumen is used for hydraulic applications such as canal lining, underwater tunnels, river bank protection, dam construction and sea defences. There are also numerous industrial applications like roofing felt material, printing inks, packaging paper, linoleum, electrical cable / Junction box insulation, mastic for roofing of terraces, and duplex paper manufacture. Price of product ( USD price or FOB price) : 3.000 MT monthly market price. 10.000 MT monthly market price Less 5%. Product origin : Russia and Non Russia Key Specifications/Special Features : Specifications for types/grades of Oil Bitumen according to buyer specifications and/or will be given upon received buyer credible purchase request in the form LOI/ICPO docs. Minimum Order Size and Packgaing details : MOQ 3000 MT Bulk in tanker vessels. Drums 150/180/200 Kg. Jumbo bags 1000 Kg. Poly bags 32 Kg. Tanks 20 MT. 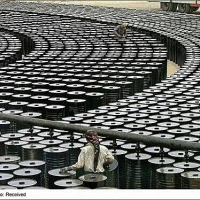 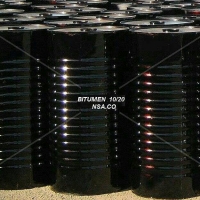 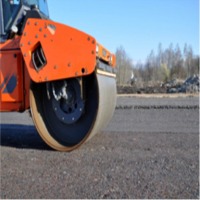 Bitumen or Asphalt is a black in colour and highly viscous liquid or semi-solid form of crude oil. This product is found both in natural deposits or is refined. The leading use of bitumen/asphalt (about 70%) is in road construction where it is used to create asphalt concrete with added particles. Other main uses are for waterproofing products, roofing, and sealing. Falvon offers a full range of high quality bituminous products which include Paving Bitumen, Viscosity Bitumen, Conventional Bitumen, PEN grade Bitumen, Cutback Bitumen, Industrial Bitumen, Fluxed Bitumen, Polymer Modified bitumen (PMB), Bitumen Paints and other Bitumen products. The most common grades of Bitumen we supply are Grade 85/100, Bitumen Grade 80/100, Bitumen grade 60/70, Bitumen grade 40/50, and Bitumen grade 50/70 for Road Construction. 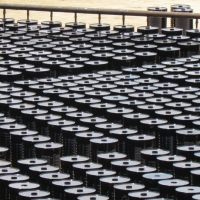 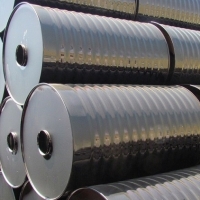 Bitumen is a low-grade of crude oil which is composed of complex, heavy hydrocarbons. In an oil reservoir, bitumen is a thick, viscous fluid and must be extracted from the ground. When extracting it, a lot of heat and effort must be used to upgrade it to a better product. Although bitumen is hard to extract from the ground, it can bubble naturally to the surface of the Earth in petroleum seeps. These seeps are places where fossil fuels and petroleum products leak out of the Earth instead of being trapped deep below the ground. In these seeps, bitumen, asphalt, and tar bubble up into pools. Additionally, bitumen is the main fossil fuel component of oil sands. When bitumen combines with asphaltines a solid is formed that is useful for paving roads. Production In addition to being found naturally in seeps and the oil sands, bitumen can be produced by removing lighter fractions from crude oil during the refining process. Fractions that are removed are liquid petroleum gas, gasoline, and diesel. Once crude oil has been extracted from the ground, the production of bitumen can begin. The crude oil is pumped from the storage tanks and through a system that increases the temperature of the crude oil to 200ï¿½C. The oil then moves to a furnace, where it is heated even higher to approximately 300ï¿½C where it is vaporized partially into a distillation column. Here, the separation of the different components of the crude oil occurs. As lighter components rise to the top, heavy components, including the bitumen fall to the bottom of the column. This process is known as fractional distillation. Finally, the bitumen is obtained by further distilling the residue in a vacuum distillation column. This type of bitumen is known as straight run bitumen. The grade of the bitumen depends on how much volatile material remains in the distilled bitumen with more volatiles resulting in a less pure, more liquid product. Uses Most refined bitumen is used in the construction industry. Mainly, it serves its use in paving and roofing applications. 85% of all bitumen is used as a binder in asphalt for roads, runways, parking lots, and foot paths. Gravel and crushed rock are mixed with thick bitumen, holding it together and it is then applied to roadways. 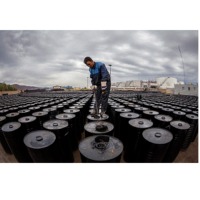 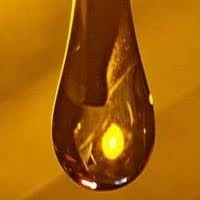 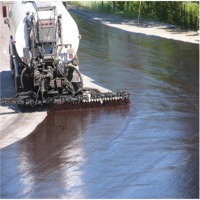 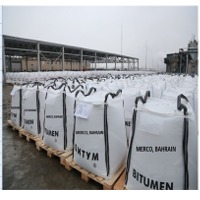 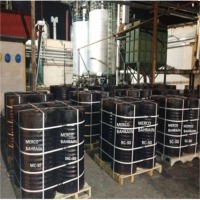 Cutback Bitumen ( Liquid Bitumen ) is Bitumen that is dissolved in a solvent . Typical solvents include Naptha, gasoline and kerosene, white spirit etc. The type of solvent controls the curing time while the amount determines the viscosity of the Cutback Bitumen. The advantage Cutbacks have over Emulsions is a much higher residual Bitumen percent, typically over 80% compares with over 40-65% for Bitumen emulsions. The result is more Bitumen left on the roadway after curing, for the same volume of binder applied. Application Cutback bitumen’s suitable for primer sealing can also be used in the manufacture ofpre-mix asphalt, which is used in patch repairs.Cutback bitumen’s are used extensively in sprayed sealingapplications, particularly in cooler weather where theyprovide improved initial stone retention due to their Price of Product (USD) : 503 Product Origin : Merco W.L.L Bahrain Key Specifications / Special Features : Cutback Classification Cutbacks are divided into two classifications, Rapid-Curing (RC) and Medium-Curing (MC) depending on the solvent used. They are further defined by a number which indicates the minimum kinematic viscosity (fluidity) of the cutback. Grades & Properties Grade Curing Speed Viscosity Penetration of Residue MC 30 Medium 30-60 120- 150 MC 70 Medium 70-140 120- 150 MC 250 Medium 250- 500 120- 150 MC 800 Medium 800- 1600 120- 150 MC 3000 Medium 3000- 6000 120- 150 RC 70 Rapid 70-140 80- 120 RC 250 Rapid 250-500 80- 120 RC 800 Rapid 800- 1600 80- 120 RC 3000 Rapid 3000- 6000 80- 120 Minimum Order size and packgaing detail Palletizing is required for Cutback Bitumen & Emulsions -200kg drums shall be secured as 4 drums per pallet. 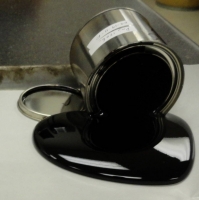 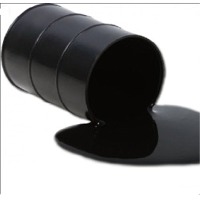 Bitumen Bitumen is a black or dark-colored (solid, semi-solid, viscous), amorphous, cementitious material that can be found in different forms, such us rock asphalt, natural bitumen, tar and bitumen derived from oil, which is referred to as petroleum bitumen. 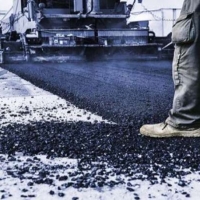 Bitumen 60/70 Bitumen 60/70 USD 429.00 per MT ( Subject to change daily, please request current price ) Min Order : As low as 24 MT. ( Fitted in a 20 foot Container ) QUICK DETAILS Port : West Port Malaysia, North Port Malaysia and Penang Port Malaysia. Mode of Payment : T/T Payment Terms : Cash before Delivery. Capacity to Supply : Unlimited. Place of Origin : Malaysia. PURCHASING PROCEDURE 1. Inquiry. 2. Place Order. 3. Furnish detail of payment. 4. Putting in Order. 5. Logistic/Shipment. We are the authorized Dealer and Wholesaler for PETRONAS. No sample provided, your minimum order is your sample. Make an appointment to visit us ( 24 hours notice ) at anytime on Monday to Friday between 8.30 am to 5.30 pm ( Malaysian Time ). Bitumen 60-70 (Asphalt) Application Commonly used in road construction as a binder in Hot Mix Asphalt (HMA) and as main component to produce bitumen emulsion used as prime and tack coat. Alternatively also can be used as a blending component in the production of polymer modified bitumen / asphalt (PMB/PMA) This bitumen (asphalt) meets the following specifications : SIRIM MS 124 : 1996 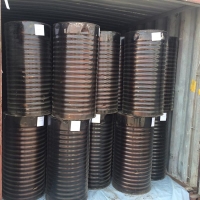 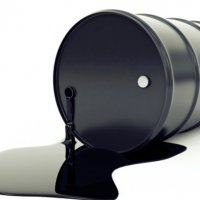 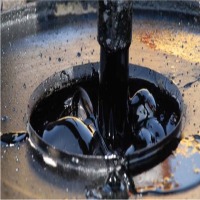 a. Name of product Bitumen (Penetration Grades and Viscosity Grade) b. Price of product 275$ / MT FOB (Valid 3 days) c. Product origin Iran, UAE, Oman, SA, Russia d. Key Specifications/Special Features Bitumen is a hydrocarbon material with high viscosity and colloidal structure, and black to dark brown color and is completely dissolvable in Carbon Disulfide and Carbon Tetrachloride. Being impenetrable to moisture and water, electrical insulation, elasticity, moderate resistance against acids, bases and salts and adhesion to other materials are the most important features of bitumen. The most production type of bitumen in the world is petroleum bitumen which is obtained from crude oil distillation and they are classified based on the Penetration Grade (standard ASTM-D5). Also this group is able to supply all other kinds of this product according to customer’s needs. We can supply the best bitumen that is packed in new steel drums or poly bags with the best quality and cost. We can supply and export bitumen from Jey oil refinery, Pasargad Refinery, Arak Refinery, Esfahan Refinery, Shiraz Refinery and Tehran refinery, etc based on our costumer’s request. e. Harmonization System (HS) Code : Heading 2714 (Bitumen and Asphalt) f. Minimum Order Size : 100 MT g. Packaging details: New Steel Drum-Barrel, Bulk Vessel, Bituplast (Poly-bag), Bitutainer, Jumbo-bag (Poly-cube 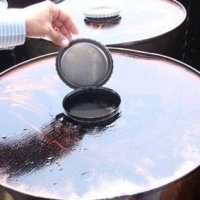