Clear All Selection
Browse amaranth-seeds suppliers by country and region. 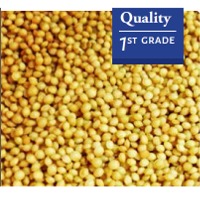 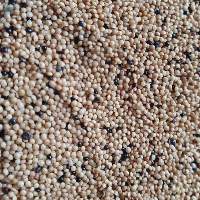 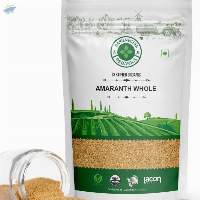 Organics Amaranth Organic Amaranth. Eat Natural Live Healthy Daily Need Products For A Healthy And Energetic Life. Amaranth isnÃ¢??t really a grain itÃ¢??s a Super Grain as it is Gluten Free. Rich in Fiber and Protein, anti-inflammatory, Packed with natural proteins, Cleaned and Hygienically Packed. Health Is Wealth So Give It A Try For Healthier Life. 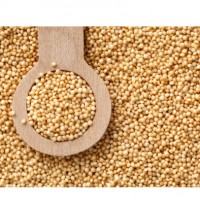 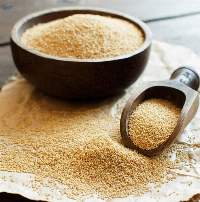 Botanical Name: Amaranthus Other Names: Rajgira, Ramdana Amaranth is a nutritious grain and a group of more than 60 di?erent species of amaranthus. However, there are only three species namely Amaranthus cruenus, Amaranthus hypochondriacus, and Amaranthus caudatus are commonly cultivated for their edible seeds. In the Inca, Maya and Aztec civilizations, Amaranth was considered as dietary staple foods. Health Benefits -Excellent food for Brain & neurological Health -Good source of antioxidants -Good for heart health, as lowers LDL cholesterol level -Naturally Gluten free, suitable for celiac diet -Improve bone health Recently Amaranth has gained popularity as a super food or health food, as it has a remarkable nutritional profile and associated with numerous health benefits. It is a good source of protein, fiber, manganese, magnesium, phosphorus, Iron etc. Amaranth is widely used in a various foods such as bread, pasta, soups, sweets, biscuits, beverages, breakfast foods etc.

Amaranth which natuarrly grown, cleaned sortex. Packing would be 25kg, and 50 kg.

Amaranth is derived from Greek word “Amaranto”, which means unfading flower. It is also called as Amaranthus. Amaranth has been cultivated as grain for 8000 years. It is also known as Pigweed. Amaranth seeds are light yellowish in colour and are about the size of poppy seeds. Amaranth has great nutritional properties as 30% higher protein compared to cereals like rice, rye and sorghum. It is rich in amino acid has highest content of Lysine and fiber compared to other cereal grains. Amaranth contains three times more fiber than wheat and five times more iron than wheat. It is gluten-free. Uses Amaranth is used as an ingredient primarily in bread, pasta, baby’s food, instant drinks, etc. For such purposes seeds have to undergo various processing technologies boiling, swelling, flaking, extrusion, puffing, roasting, grinding, sprouting, etc. The most common product is flour, whole amaranth seeds in breads, müsli bars, breakfast food and porridges, pastas and biscuits and cookies. Leaves and stems are interesting vegetable suitable for soups, salads or other meals. Benefits Amaranth contains certain medicinal properties for which it is considered as an effective agent against cancer and heart disease. Amaranth Oil is consumed as it helps in lowering cholesterol. Consumption of Amaranth seeds or oils is beneficial to people suffering from Hypertension and Cardiovascular disease. Specification- Country of Origin India Harvest Period Winter Crop (Feb / Mar) Color Light Yellowish Packaging 10 kg, 12.5 kg, 15 kg, 25 lbs, 50 lbs, 25 kg in Paper / Poly Bags Labelling As per buyer’s instruction Shelf Life 1-2 Years Purity Min 99.98% Moisture Max 10%

Dehydrated Aguaymanto : Native shrub, known since the time of the Incas. Its small fruits, of spheroidal shape and golden color, are protected by an inedible shell. Of exquisite aroma and peculiar bittersweet flavor. Benefits This fruit is a natural source of antioxidants and contributes to the protection of cells. It is dried and dehydrated, so that its nutrients can be enjoyed throughout the year. Rich in vitamins A, B12 and C, proteins and phosphorus, essential for the growth, development and correct functioning of the organism. It is recommended for people with diabetes of all kinds and fights problems of the prostate thanks to its diuretic properties. Because it is digestive, it helps prevent cancer of the stomach, colon and intestine.

Amaranth / Kiwicha : It is a native plant of Peru and in the high regions of Ecuador, Bolivia and Argentina. It preserves about 1,200 varieties of plants, which are still found in the Andes. Its flowers are beautiful, eye-catching and can reach up to 90 cm. It develops at an altitude between 1,400 and 2,400 meters above sea level. It was cultivated since time immemorial, according to researchers since before the Incas and has been around for 4000 years. It is presumed that it was used in its religious rites, also valued for its medicinal and nutritional properties. At the time of the conquest it was forbidden because it was part of the Inca rituals, for that reason they disavowed its use because they considered it sacrilegious. On the other hand, this product has a great nutritional value, similar to quinoa. Benefits Of The Kiwicha : According to the experts, 100 grams of Kiwicha contains twice as much calcium as the same amount in milk. Also the grain contains phosphorus, iron, potassium, zinc, vitamin E and vitamin B complex and proteins and a high level of leucine. It is found in many parts of Peru, however the genetic material of the species is conserved in certain regions and its stations such as K'ayra in Cusco, Canan in Ayacucho, Baños del Inca in Cajamarca, Santa Ana in Huancayo and Tingua in Huaraz. Due to its great importance, it was considered by Nasa as CELLSS (Ecological Controlled Life Support System) and as food. That is why it is considered within the space program. With regard to the benefits of Kiwicha these are endless, but in general terms this plant helps regulate kidney failure, constipation, liver failure, osteoporosis, high blood pressure, diabetes, among other conditions. From the Kiwicha plant seed can be used to prevent colon cancer and is an excellent food to be consumed by people suffering from some kind of cancer, as well as being an excellent digestive.

Amaranthus is a cosmopolitan genus of annual or short-lived perennial plants collectively known as amaranths. Some amaranth species are cultivated as leaf vegetables, pseudocereals, and ornamental plants. Most of the Amaranthus species are summer annual and are commonly referred to as pigweeds.

Amaranth has been cultivated as a grain for 8,000 years. Due to its nutritional characteristics, it is predestinated for alternative food applications and health-oriented nutrition. The sweet, nutty flavour enriches the conventional segment of cereals. As the interest in specialty products for bread, muffins, pasta, muesli and snacks is growing, Amaranth is an attractive innovation suitable for all cooking and baking styles