Clear All Selection
Browse alcoholic-beverages-tobacco-related-products suppliers by country and region. 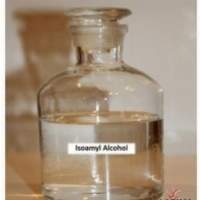 Technical Grade and Pure Food & Pharma Grades available. Iso Amyl Alcohol CAS NO: 123-51-3 Isoamyl alcohol is a colorless liquid with the formula (CH CHCH CH OH. It is one of several isomers of amyl alcohol. It is an ingredient in the production of banana oil, an ester found in nature and also produced as a flavouring in industry Payment - LC For price and other details plz contact us. 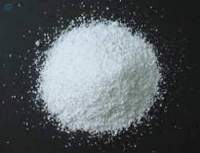 Poly is a water-soluble synthetic polymer. It has the idealized formula [CH CH]. It is used in papermaking, textile warp sizing, as a thickener and emulsion stabilizer in PVAc adhesive formulations and a variety of coatings. It is colourless and odorless. It is commonly supplied as beads or as solutions in water. For price and specifications please contact us 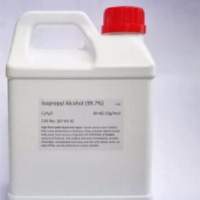 Isopropyl alcohol is mixed with water for use as a rubbing-alcohol antiseptic. It is also used in aftershave lotions, hand lotions, and other cosmetics. In industry it is used as an inexpensive solvent for cosmetics, drugs, shellacs, and gums, as well as for denaturing ethanol (ethyl alcohol). For price and other details please send inquiry by sending LOI/ICPO along with company profile. Payment Term - LC 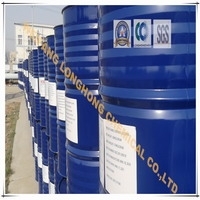 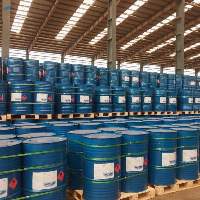 Food Grade/Medicine Grade/ Industrial Grade Isopropyl Alcohol: 1.Chemical name: Isopropyl Alcohol 2.CAS:67-63-0 3.Chemical formula: C3H8O 4. Appearance: Colorless Liquid 5.Purity:99.0%Min 6.Application:Isopropanol is an important chemical products and raw materials. It is mainly applied to various fields including pharmaceutical, cosmetics, plastics, fragrances, paint as well as being used as the dehydrating agent and cleaning agent in and electronics industry. It can also be used as the reagent for determination of barium, calcium, magnesium, nickel, potassium, sodium and strontium. It can also be used as the reference material of chromatographic analysis. 7.Storage and Transport: It should be stored in a dry and ventilative warehouse, kept away from heat and moisture during transportation, unloaded with care so as to avoid damage. Furthermore, it must be stored separately from poisonous substances. White Denatonium Benzoate Powder that we are presenting to extensively scattered patrons is one of the bitterest substances. Ideal to use for many different purposes, this type of substance is utilized for the denaturing of alcohol so as to make it undrinkable as well as ready for industrial usages. Procured from reputed dealers in the industry, the White Denatonium Benzoate Powder is free from impurities, long in shelf life and can easily be bought from us in needed amounts with safe packaging at market justified prices 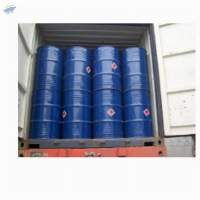 Product Description - Ethyl acetate is used primarily as a solvent and diluent, being favored because of its low cost, low toxicity, and agreeable odor. For example, it is commonly used to clean circuit boards and in some nail varnish removers (acetone is also used). Coffee beans and tea leaves are decaffeinated with this solvent (when supercritical CO2 extraction is not possible). It is also used in paints as an activator or hardener. Ethyl acetate is present in confectionery, perfumes, and fruits. In perfumes, it evaporates quickly, leaving only the scent of the perfume on the skin. Product origin - INDIA Minimum Order Size and Packaging details - 20 feet container 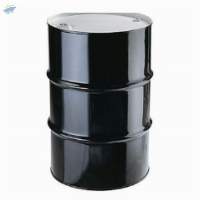 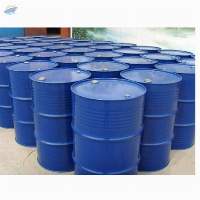 DI ETHYLENE GLYCOL (DEG) Diethylene glycol (DEG) is a clear, colorless, odorless liquid with a sweet taste, and is an excellent solvent for water-insoluble chemicals and drugs. DEG is used as a component of multiple different products including antifreeze preparations, cosmetics, lubricants, brake fluids, wallpaper strippers, heating/cooling fuel and as a plasticizer. DEG has also been inappropriately substituted in pharmaceutical preparations for nontoxic constituents, resulting in more than a dozen epidemics of human poisoning, with resultant high mortality rates. The hallmark of DEG toxicity is acute renal failure, and deaths have been reported despite aggressive treatment with hemodialysis. Product origin - INDIA Minimum Order Size and Packaging details - 20 feet container 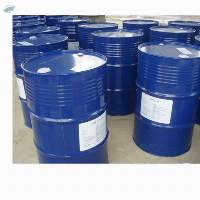 Monoethylene Glycol (MEG) is a colorless, virtually odorless and slightly viscous liquid. It is miscible with water, alcohols, aldehydes and many organic compounds. MEG will not dissolve rubber, cellulose acetate or heavy vegetable and petroleum oils. MEG has a low volatility and it is 50% more hygroscopic than glycerol at room temperature. MEG is not considered to be a health hazard when handled under normal industry conditions. It has a relatively low degree of acute and chronic oral toxicity and the average fatal dose is 100 ml for adults. It is only slightly irritating to the eyes and skin. We have strong network in China, Taiwan, South Korea, Malaysia, Thailand, Indonesia, Mexico, Spain, Italy & various other countries for Chemical & Its Sub products. We have consistent monitoring of markets & providing valuable feedback to our valuable customers. APPLICATIONS: MEG is mainly used in the production of polyester, polyethylene terephthalate (PET) and antifreeze solutions. It is an important dehydrating agent, good humectant and an industrial solvent. Product origin - INDIA Minimum Order Size and Packaging details - 20 feet container 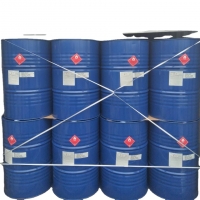 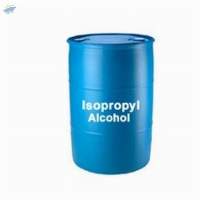 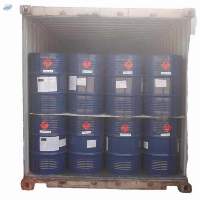 Industrial Methanol Cas 67-56-1 Methyl alcohol 99.9% 1) Description: 1. Product Name: Methanol 99.9% 2. CAS No.: 67-56-1 3. MF: CH3OH 4. EINECS No.: 200-659-6 5. Purity: 99.9% 6. Appearance: Colorless transparent liquid. 2) Application: 1. One of the basic organic raw material. Mainly used in the manufacture of formaldehyde, acetic acid, methyl chloride, methylamine and dimethyl sulfate and so on a variety of organic products. 2. One of the important chemical raw materials. In recent years, with the development of C1 chemical engineering and methanol has become the important raw material for manufacturing ethylene and propylene. 3. Used for paint, varnish, shellac, dyestuff, printing ink, adhesives, alkaloids, cellulose acetate, cellulose nitrate, ethyl cellulose, polyvinyl butyral solvents. 4. Is a manufacture of pesticide, medicine, plastic, synthetic fiber and organic chemical products such as formaldehyde, methylamine, methyl chloride, dimethyl sulfate and other raw materials. Other used in automobile antifreeze, and metal surface cleaning agent and alcohol denaturant, etc. 5. It is important to fuel, it can be mixed with gasoline for the use of alternative fuels. Since the 1980 s, used in the production of methanol gasoline octane number additive methyl tert-butyl ether and methanol gasoline, methanol fuel, methanol protein and etc, greatly promoted the development of the methanol production and market needs; Has been used as fuel additive of formula one racing methanol, also widely used in methanol fuel cells. 6. Used as analytical reagent, such as solvent, methylation reagents, chromatography analytical reagent. Also used in organic synthesis. 4) Package: 18.5Tons/ISO TANK 160KG/DRUM, 80DRUMS, 12..8Tons/20'FCL 160KG/DRUM,152DRUMS, 24.32Tons/40'FCL 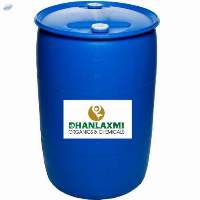 * Exporter, Importer, Manufacturer, Distributor, Wholesaler and Supplier of Iso-Butanol (IBA) based in Gujarat, India. * This colorless, flammable liquid with a characteristic smell is mainly used as a solvent either directly or as its esters. Its isomers, the other butanols, include n-butanol, 2-butanol, and tert-butanol, all of which are important industrially. 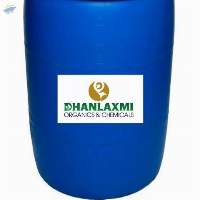 Exporter, Importer, Manufacturer, Wholesaler and Supplier of mix xylene based in Gujarat,India. Xylene (mix/ortho) is a mixture of three benzene derivatives that is used as a solvent in the printing, rubber, leather and allied industries. Mix Xylene is colorless, sweet-smelling liquid that is very flammable and renowned for its intoxicating properties. 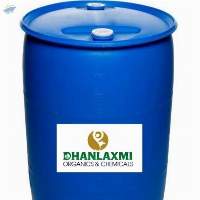 Exporter, Importer, Manufacturer, Distributors, Wholesaler and Supplier of Butyl Acetate based in Gujarat, India. Butyl acetate, also known as butyl ethanoate, is an ester that is a colorless, flammable liquid at room temperature. It is found in many types of fruit, where along with other chemicals, it imparts characteristic flavors and has a sweet smell of banana or apple. 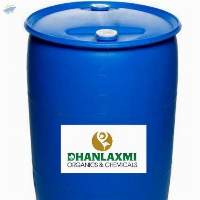 Exporter, Importer, Manufacturer, Distributor, Wholesaler and Supplier of Ethyl Acetate based in Gujarat, India. Ethyl acetate is the organic compound with the formula CH 3 COO CH 2 CH 3, simplified to C 4H 8O 2. This colorless liquid has a characteristic sweet smell and is used in glues, nail polish removers, At a lower purity, it can be used as in printing, pharmaceuticals, perfumes, food, decaffeination of tea/coffee and a carrier solvent for herbicides. Ethyl acetate is also used in coating formulations for wood furniture, agricultural, construction equipment, mining equipment and marine uses. 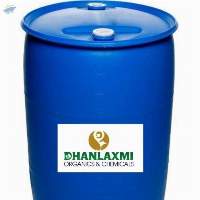 Exporter, Importer, Manufacturer, Distributor, Wholesaler and Supplier of N-Butanol (NBA) based in Gujarat, India. N-Butanol or n-butyl alcohol or normal butanol is a primary alcohol with a 4-carbon structure and the chemical formula CÃ¢??HÃ¢??OH. Its isomers include isobutanol, 2-butanol, and tert-butanol. Butanol is one of the group of "fusel alcohols", which have more than two carbon atoms and have significant solubility in water. 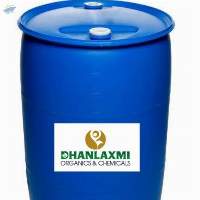 Exporter, Importer, Manufacturer, Distributor, Wholesaler and Supplier of Isopropyl alcohol (IPA) based in Gujarat, India. IsoPropyl Alcohol (IPA) commonly called isopropanol - 2-propanol) is a colourless, flammable chemical compound (chemical formula CH3CHOHCH3) with a strong odor. It is a structural isomer of 1-propanol and ethyl methyl ether. It is used in the manufacture of a wide variety of industrial and household chemicals and is a common ingredient in chemicals such as antiseptics, disinfectants, and deterjents. 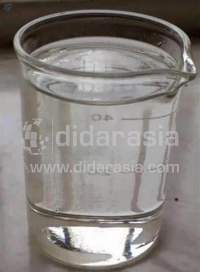 They are clear water-white liquids, chemically stable and non-corrosive and possess a mild odour White spirits and mineral spirits blends are used as solvents or diluents in thinners for paints and varnishes, paint driers, colour printing of fabrics, metal cleaning and degreasing, preparation of furniture, shoe and floor polishes, dry cleaning formulations and in the rubber industry.