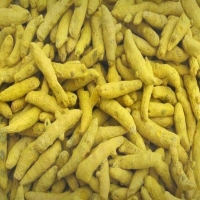 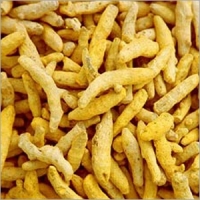 Turmeric is one of India's most revered and famous spices. The turmeric finger is the most natural and pure form of Turmeric utilized in pharmaceuticals, culinary, and dyeing procedures. Turmeric's link with the Indian continent stretches back to 4500 BCE. Curcumin, a bright yellow molecule that acts as an anti-cancer agent and has a slew of other great health benefits, is present in varying amounts in Turmeric. Organic items from India contain turmeric fingers containing between 2% and 5% curcumin. India is the world's leading producer, consumer, and exporter of Turmeric. Due to its high curcumin concentration, Indian Turmeric is considered the best on the global market. India accounts for around 80% of global turmeric production and 60% of global exports. Greenland Fresco is one of the world's leading manufacturer, supplier, and exporter of turmeric fingers and powder from India. Turmeric is well-known in India for its antibacterial and therapeutic effects. Turmeric is used to infuse meals with smell, color and aroma. . The turmeric supplier in India cultivates it naturally and organically. Turmeric is one of the popular crop in south India and Turmeric powder is obtained by grinding turmeric fingers. Turmeric suppliers in India provide high-quality turmeric fingers at a reasonable price. Particulars Specifications Varieties Nizamabad Salem Place of Origin India India Color Bright Yellow Orange Curcumin Content 2 to 2.5 % 2.5 to 3.5 % Moisture < 13% < 13% Polishing Single/Double Polished Single/Double Polished Type of Packaging PP Bag/Jute Bag PP Bag/Jute Bag Nett. Wt. per Bag 25/50 Kg 25/50 Kg 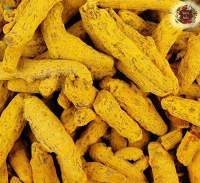 Variety: Organic/common Color:Natural Yellow We supply the organic turmeric finger from India ,Backed with huge industry experience and market understanding, we are involved in providing a wide variety of Dry Turmeric Finger for our valued patrons. we have a good quality of organic Turmeric with Curcumin 3+ and high anti-oxidant. 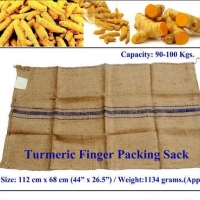 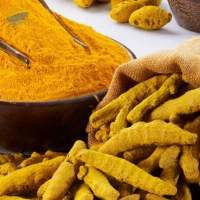 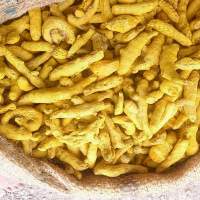 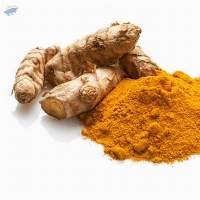 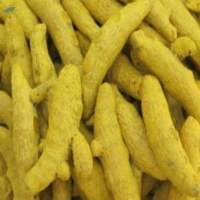 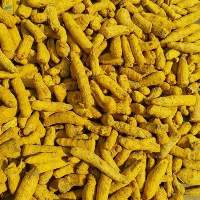 Turmeric An indigenous pride of India, this is grown and flourished in rich fertile soils,showered upon by the blistering monsoon and is harvested in the wake of the summer. We finger-pluck the best ones from the pile, washes, dries and crushes it to fine powder. A speck of it is now an imperative element of Indian curry's. It not only adds to the taste, but also holds an invaluable medical value. 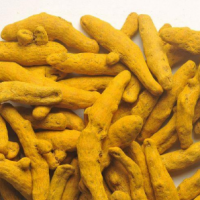 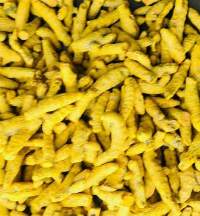 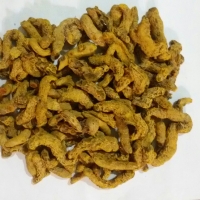 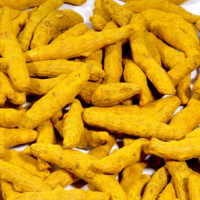 Turmeric finger, FAQ & GOOD GRADE Prices may vary depending on the type, the verity, and the port of destination. We can pack it according to your preferences. If you require any further information, feel free to contact us

Turmeric (Curcuma Longa) is a rhizomatous herbaceous perennial plant of the ginger family, Zingiberaceae which is native to tropical South Asia. It is also known as kunyit (Indonesian and Malay) or haldi or pasupu in some Asian countries. Turmeric has a peppery, warm and bitter flavour and a mild fragrance slightly reminiscent of orange and ginger. Turmeric comes from the root of the Curcuma longa plant and has a tough brown skin and a deep orange flesh. In medieval Europe, turmeric became known as Indian saffron, since it is widely used as an alternative to the far more expensive saffron spice. Turmeric, the bright yellow coloured spice is a powerful medicine to treat a wide variety of conditions like flatulence, jaundice, menstrual difficulties, bloody urine, haemorrhage, toothache, bruises, chest pain and colic. Heath Benefits : Turmeric (Curcuma longa), the bright yellow of the spice rainbow, is a powerful medicine that has long been used in the Chinese and Indian systems of medicine as an anti-inflammatory agent to treat a wide variety of conditions, including flatulence, jaundice, menstrual difficulties, bloody urine, hemorrhage, toothache, bruises, chest pain, and colic. 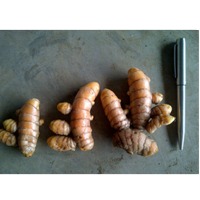 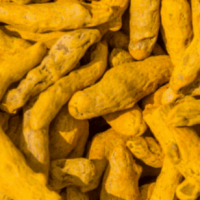 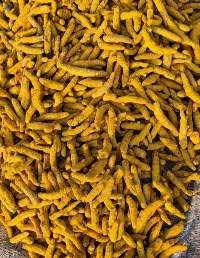 Salem Turmeric is the topmost grade of culinary turmeric produced in India with High Cur-cumin Content. This grade of turmeric is mostly exported and has a strong colour.