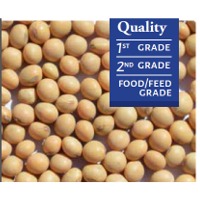 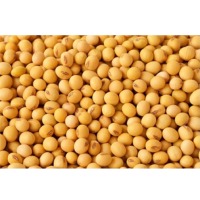 Our main supply source for soybeans and other grains is Brazil and other Latin Countries., Competitive prices are offered, certificates of origin and quality compliance are provided, with each shipment. We are aware of the recently ruled imports of soybeans in some, countries and we comply with all imposed import-export standards accordingly. 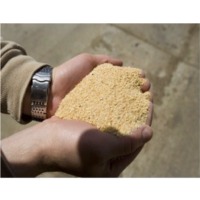 Soybeans are processed for their oil and protein for the animal feed industry. A smaller percentage is processed for human consumption and made into products including soy milk, soy flour, soy protein, tofu and many retail food products. Soybeans are also used in many non-food (industrial) products. Product origin : Russia Minimum Order Size and Packgaing details MOQ : 2-4 FCL Package : 25 KG, Bulk 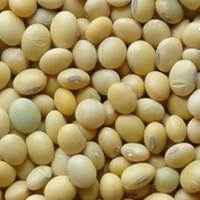 The soybean or soya bean is a species of legume native to East Asia, widely grown for its edible bean which has numerous uses. The plant is classed as an oilseed rather than a pulse.Soybean is considered to be a most economical and valuable agricultural commodity as, it has good adaptability towards a wide range of soil and climate.Soybean is very nutritious â?? the protein and oil components in soybean are not only in high quantity but also in high quality. It contains all the essential amino acids required by human body. Indian Soybeans are considered to be best in quality because of its highest protein content (38% minimum) and sweeter taste as compared to other origin. So, there is always high demand for Soybeans of Indian origin.In order to meet the tremendous requirements of Indian Non-GMO Soybeans, we have been able to come up with a superior grade Soybean Seed for Human & Feed Consumption. The processing of the soybean is undertaken at our processing unit under the skilled professionals.We offer Organic Certified and conventionally grown Soybeans with highest purity levels. Country of Origin India Harvest Period Kharif Crop (Sep/Oct) Color Yellowish Packaging 10kgs PP, 15kgs PP, 25kgs PP, Container Liners. Labeling As per buyerâ??s instruction. Shelf Life 2 year from production date. GMO Status Not genetically modified. Specification Detail specification will be provided upon request. 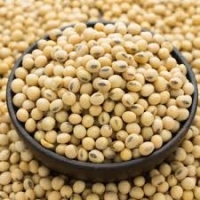 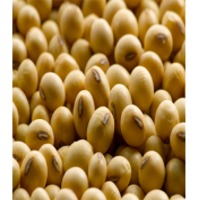 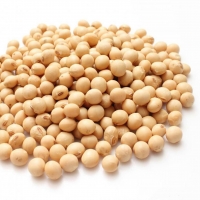 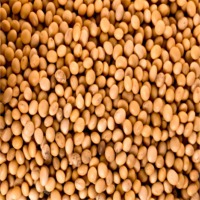 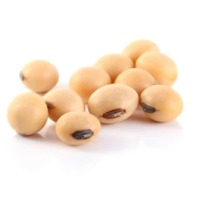 Owing to its amino acids composition, the protein of soybean is called a complete protein. Its nutrition value in heart disease and diabetes is well known. ... In India Price of product ( USD price or FOB price) : Contact for Price Product Origin : India Key Specifications/Special Features : Different product grades with different performances can be available.Supply the most suitable grade according to customer requests. Minimum Order Size and Packgaing details : MOQ: As per Order Packaging: As per Order 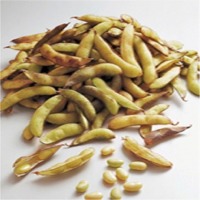 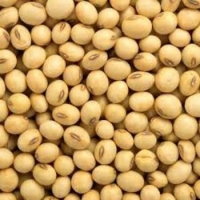 Soya Bean with the scientific name glycine max belongs to the family Fabaceae and sub family Faboideae. Soya Bean is also called miracle crop because of its productivity of oil and protein: it contains 35 percent of protein and 18 percent oil. China is the birthplace of soya bean. Soya bean is the largest and the most popularly produced oilseed in the world. As compared with the global production of oil seeds, soya bean contributes 55 percent, which is about 170-185 million tons. Several products processed from soya bean like milk, flour etc. are rich in protein. Majority of soya bean produced are crushed and byproducts are made. 18 percent of soy oil and 88 percent of soy meal are made out by crushing soya beans. Soyabean can be used in three different forms namely Soybean, Soybean Oil and Soybean meal. Soybean meal is the remains after the Soybean oil extraction; it is mainly used as animal feed and fertilizer. Soybean meal is easily digestible and contains high protein. Soy oil is extracted from the soybean through a refining process. It is the second most important edible oil traded internationally after palm oil. The consumption of soy oil is increasing year after year. Soybean is a summer crop which needs hot and humid climate to grow. Soybean gets matured in two months. Leaves of the plant start to fall when the seed starts to mature and with this the crop is now ready for harvesting Origin : Brazil, Ukraine, South Africa, Malaysia, Usa, Argentina, Russia

We IVOA Ltd., a company based in Togo, specializing in the export of products such as soybeans, cashews, shea nuts, ginger, bamboo ... We produce most of these products and also have good relationships with farmers. We have a process of accompaniment and very rigorous sorting to obtain products of indisputable quality. We can deliver anywhere in the world in record time; whatever the quantity. Do not hesitate to contact us for more information

We IVOA Ltd., a company based in Togo, specializing in the export of products such as soybeans, cashews, shea nuts, ginger, bamboo ... We produce most of these products and also have good relationships with farmers. We have a process of accompaniment and very rigorous sorting to obtain products of indisputable quality. We can deliver anywhere in the world in record time; whatever the quantity. Do not hesitate to contact us for more information

We supply best of soybean, in which single grain ensured full-fledged quality. We offer superior quality soybean which is absolutely free from the presence of any toxic ingredients and strictly sourced from the healthy plants of soybeans. These are very hygienically processed and packed to ensure their authentic taste and long quality. Our products are in great demand because of its pure quality and tasteful flavor. Origin - India Type - Organic and Common Color - Pale Yellow Style - Dried Shelf Life - 12 Months Packing - As per client request