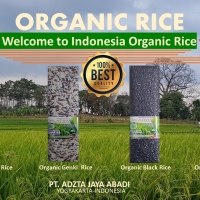 Rice products are packed in 1 kg packaging with vacuum sealed. Packaging made of nylon with a thickness of 115 microns, packed in 12 pack and 20 pack cardboard capacities. Brown Rice (non-polyser) Brown rice is processed from the same rice as jasmine rice, only the processing is different. Processing using the skin break method only. Brown rice has a high fiber content and vitamin B complex, with intact embryos, so the vitamin and mineral content is high. Good for health, especially children who are still growing. Black Rice (non-polyser) Black rice has another name for forbidden rice because in the past this rice was only allowed to be consumed by kings in the Chinese dynasty. The content of anthocyanins (anti-oxidants) in black rice is very high, seen from its deep purple appearance, making it look black Red Rice (non-polyser) In general, brown rice is "PERA", hard and dry in the mouth. Our products produce brown rice that is "PULENT" and has a special taste so that consumers enjoy doing. Genki RiceÂ  Genki rice is a combination of three types of rice (black rice, brown rice, jasmine rice). This rice combines taste and health benefits. 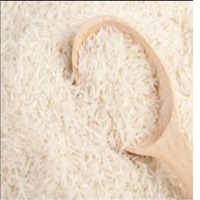 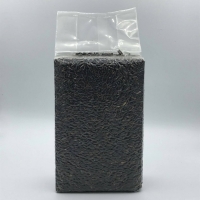 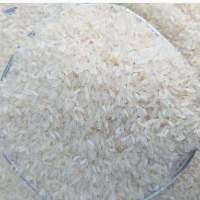 We Offer best quality Indian basmati / Non basmati rice for export. Below we are giving some of the rice varieties we can supply. We have our own production mill and stock of many varieties of rice is readily available at ports where we have our warehouses for faster delivery. Product origin : India Key Specifications/Special Features : 1. Indian Basmati Rice (Raw and sella) - Basmati Rice 1121 - Basmati Rice Pusa - Basmati Rice Sharbati - Basmati Rice Parboiled 2. Indian Non-Basmati Rice Raw and Parboiled - PR 106 - PR 11 - IR 64 - IR - 8 - IR 36 - IRRI-6

Organic rice direct to you from feild

Organic Rice ( Jasmine & IR43) is cultivated, selected, and processed with the EU standard. We Pack Our Product in 1KG, 5KG,10KG bags or As Per Customer Requirement

Organic farming is an agricultural system that can create optimal and sustainable agro-ecosystems socially, ecologically, economically as well as ethically. Our organic rice product is grown and processed without the use of synthetic chemical as found, for example in fertilizers, insecticides, preservatives, seed treatment, hormones and such like. We remain committed to our philosophy in producing Organic Rice and we will continue to present "Marhaba" as the signature of quality. Zero Cholesterol | Low in Fat | Low in Sugar | Low in Sodium | High in Protein | Good Source of Iron | Good Source of Anti-Oxidants | Gluten Free and Wheat Free | No Harmful Chemicals, such as Pesticides, Additives, and Preservatives

Organic Riceberry Rice is cultivated, selected, and processed with no chemical. We have various Organic Certificates to ensure that our product is well controlled from first step of production till packaging under Canada Organic regime and EU organic standard.

Rice Berry is a cross-bred unmilled rice possessing dark violet grain, which is a combination of Hom Nin Rice, with well-known antioxidant properties, and Thai Hom Mali Rice, also known as Thai Jasmine/ Fragrant Rice. Rice Berry contains three times more iron than other varieties. And not only does it contain a high level of antioxidants such as beta-carotene, gamma oryzanol, Vitamin E and folic acid (folate) in itself, it also becomes soft and is aromatic when it is cooked, which is the outstanding trait of Thai Hom Mali Rice. It helps to inhibit the growth of cancer cells and reduce the incidence of coronary thrombosis. Its benefit also including : 1.Healthy skin and hair 2.Prevent Cadiovascular disease, Diabetes, Beriberi 3.Healthy eyes & good eyesight 4.Improve healthy blood, Immune System, healthy levels of cholesterol 5.Smooth functioning of Brain & Nervous system

Rice / Bulk Supply / Traditional ( Organic ) : (Average grain length : 7.25 to 7.35 mm) Originally from the plains of the sub Himalayan region, traditional Basmati Rice is famously known for its exotic aroma, soft texture, delicate slender looks, long length, non-stickiness, nutritional values and flavor enhancing properties, is one such staple that has been an integral part of the most premium and exotic set of Indian recipes. It is undoubtedly the King of all rice varieties and traditionally used by Master Chefs to prepare exotic rice preparations that to this day, adorn and occupy premium space on banqueting tables serving exotic rice preparations. We offer two variants in organic Traditional Basmati : Raw Brown Enquire :

The length of the uncooked 1121 Basmati Rice recorded in the Limca Book of World Records (2008) is between 8.30 to 8.40mm. The Pusa 1121 Basmati Rice is also the first choice of the national as well as international clients due to the very extra long grain, aromatic fragrance and non-sticky after cooking. Moreover, we are listed at the apex in the list of the dependable 1121 Basmati White Rice Exporters from India. We are milling top quality 1121 Basmati Rice, we produces rice with extra care and hygienically and famous because of very extra long grain and non-sticky after cooking. 1121 Basmati Rice Consumed with in India and also widely exported to different countries of the world and has captured a wide market of Europe, Africa and UAE and UK. Due to its best quality our rice demand is increasing with in country and abroad day by day.

Greetings- Petik unggul was founded in 2017 and we are committed to produce the best argicultural Farm products from Indonesia that are certified and healthy. Our product is a premium organic rice. Rich in nutrients planted in volcanic soil of Mount Merapi (in Central Java, Indonesia) with red,brown,white and black organic rice variants. This rice is very low in sugar and gluten free. The farming process is not using any chemicals (NO PESTICIDE). Very suitable for a healthy lifestyle and for those who have diabetes. Organic Brown Rice ; Brown Rice is whole-grain rice that has had the outer protective shell,

Rice, edible starchy cereal grain and the plant by which it is produced. Roughly one-half of the world population, including virtually all of East and Southeast Asia, is wholly dependent upon rice as a staple food; 95 percent of the world’s rice crop is eaten by humans. White rice is the most commonly consumed type, but brown (whole grain) rice is becoming increasingly popular in some Western countries due to its health benefits. Various products are made from rice. These include rice flour, rice syrup, rice bran oil, and rice milk. The nutrient value of rice depends on the variety and cooking method. Manganese: A trace mineral found in most foods, especially whole grains. It is essential for metabolism, growth, development, and the body's antioxidant system. Selenium: A mineral that is a component of selenoproteins, which have various important functions in the body. Thiamin: Also known as vitamin B1, thiamin is essential for metabolism and the function of the heart, muscles, and nervous system. Niacin: Also known as vitamin B3, niacin in rice is mostly in the form of nicotinic acid. Soaking rice in water before cooking may increase its absorption. Magnesium: Found in brown rice, magnesium is an important dietary mineral. It has been suggested that low magnesium levels may contribute to a number of chronic diseases. Copper: Often found in whole grains, copper is low in the Western diet. Poor copper status may have adverse effects on heart health. Rice is typically rinsed before cooking to remove excess starch. Rice produced in the US is usually fortified with vitamins and minerals, and rinsing will result in a loss of nutrients. Rice may be rinsed repeatedly until the rinse water is clear to improve the texture and taste. Rice may be soaked to decrease cooking time, conserve fuel, minimize exposure to high temperature, and reduce stickiness. For some varieties, soaking improves the texture of the cooked rice by increasing expansion of the grains. Rice may be soaked for 30 minutes up to several hours. Health Benefits: Rice is a highly beneficial food that is important for any healthy diet. In fact, the USDA recommends 6 to 11 daily servings of rice and other grain-based foods. Plus, it tastes great! A gluten-free food Low in calories, with just 160 calories in a 3/4-cup serving A non-fat food A great source of complex carbohydrates Cholesterol-free Naturally low in sodium