BILL OF LADING IS RELEASED AT WHICH STAGE.

BILL OF LADING IS RELEASED AT WHICH STAGE. HOW MANY COPIES OF IT ARE RELEASED. WHETHER THE SCANNED COPY OF BL STANDS AT TEH CUSTOM HOUSE OF DESTINATION AS THE TRANSIT BY COURIER, POST TAKES A LOT TIME. NOW A DAYS IN THIS ELECTRONIC ERA, E-ERA, SCANNED COPY ALSO OF BL MUST BE ALLOWED TO BE ENTERTAINED BY CUSTOMS AT TEH DESTINATION PORT.
Status: Open    Feb 15, 2020 - 04:28 AM

queries raised amongst our fri

Hi, Before moving forward, first, let's understand what is a bill of lading? A Bill of Lading is a legal document issued by a carrier to a shipper that specifies the type, quantity, and destination of the goods being carried. It also serves as a shipment receipt when the carrier delivers the goods at a pre-agreed destination.


Here the answer to your the question in parts:

BILL OF LADING IS RELEASED AT WHICH STAGE: The Bill of Lading is issued by the carrier of goods only after receiving the cargo by them after completion of customs formalities.


HOW MANY COPIES OF IT ARE RELEASED.
There is no restriction on the number of Bills of Lading that can be issued, but the number issued must be stated on the bill. Three bills are standard – one for the shipper, one for the consignee, and one for the banker, broker or third party. For security reasons, it's advisable to only request as many bills of lading as you actually need. If more bills of lading are issued, there is an increased risk of fraud, theft, and unauthorized release or release to the wrong person.


NOW A DAYS IN THIS ELECTRONIC ERA, SCANNED COPY ALSO OF BL MUST BE ALLOWED TO BE ENTERTAINED BY CUSTOMS AT THE DESTINATION PORT. These days, software solutions have been deployed which enables all the parties involved, to access the bill as an electronic document. T he electronic Bill of Lading must digitize the core functions of a paper Bill of Lading, namely its legal acceptance as a receipt, as evidence of or containing the contract of carriage and as a document of title. For an industry-wide adoption, which is needed to pave the way for parties in all countries to use such a system, industry-accepted best practices need to be understood. Learn more about it, here. 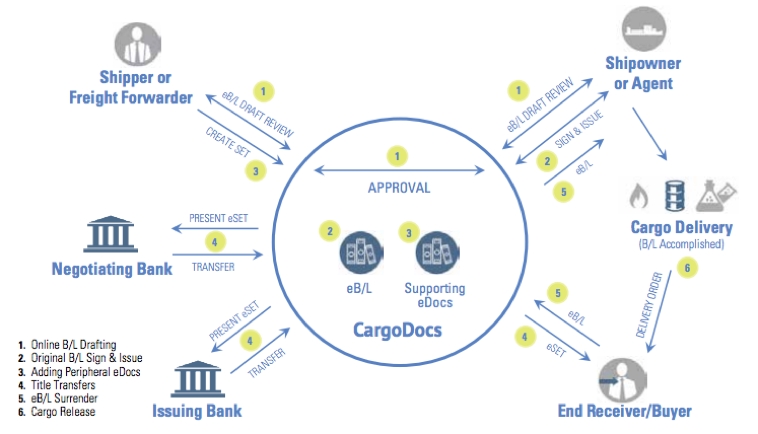 Thanks and regards,
go4WorldBusiness.com Team

VERY CLEAR. THANKS A LOT.